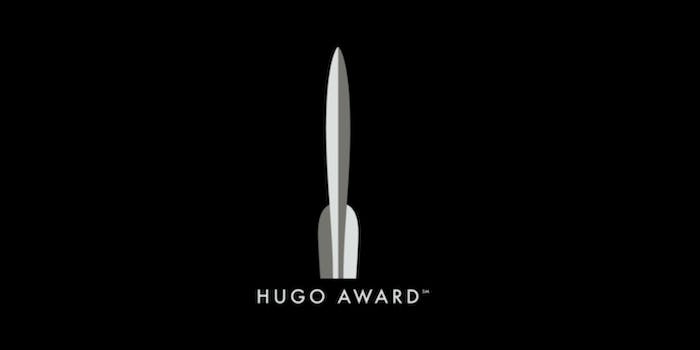 Nonprofit fanfiction database Archive of Our Own wins a Hugo

The award is a major win for fanfic writers.

Archive of Our Own (AO3), the fan-run, nonprofit website that’s home to more than 5 million transformative works like fanfiction, fanart, and podfics, won one of science fiction’s most prestigious awards at Worldcon Sunday night.

The website (which is part of the Organization of Transformative Works) won the Hugo for best related works, a widespread category that sometimes encompasses making-of books, pieces of criticism, and biographies. Fellow nominees included a book on Ursula K. Le Guin’s writing, a Hugo Award retrospective, a website that campaigned to sponsor Worldcon memberships for Mexican creators, and Lindsay Ellis’ video series on The Hobbit.

Even before AO3’s win, the very fact that it was nominated for a Hugo was seen as a win by many fanfic writers and readers. Fanfiction has been historically derided or not seen as a legitimate way of exploring a fandom. It’s also an avenue of exploring fandom that’s often dominated by women and LGBTQ creators. (AO3 was originally founded after corporations attempted to exploit writers and monetize fanfiction.)

The very existence of AO3’s nomination was a way of legitimizing fanfiction as a form of expression. But its win validates it even further, particularly in the science-fiction and fantasy community, which has long been seen as a male-dominant field—even though women have largely dominated the Hugo Awards (including this year).

But the site’s win isn’t something that can be boiled down to a handful of names, as co-founder Naomi Novik (who accepted the award on AO3’s behalf) indicated in her acceptance speech.

“We’re up here accepting, but only on behalf of literally thousands of volunteers and millions of users, all of whom have come together and built this thriving home for fandom, a nonprofit and non-commercial community space built entirely by volunteer labor and user donations, on the principle that we needed a place of our own that was not out to exploit its users but to serve them,” Novik said in an acceptance speech that was later posted online.

"All our work would be meaningless without the uncountable fan creators who share their creativity freely," — @AO3 acceptance speech. #hugoawards2019 #HugoAwards #Dublin2019 pic.twitter.com/sh2ZdtBlCp

According to Novik, AO3’s Hugo Award will be included as part of Worldcon’s traveling exhibition “because it belongs to all of us.”

At the end of her speech, Novik asked that anyone in the audience who felt like they belonged to the AO3 community to stand up. Much of the audience, which included fellow Hugo-nominated creators, did.

Best Related Work is… unsurprisingly… Archive of Our Own!! "Art happens not in isolation, but in community", and what a great tribute to that this is! They raise the lights and ask community members to share this win with them!#Dublin2019 #Worldcon2019 #Worldcon #HugoAwards pic.twitter.com/ZrXvO2Estr

#hugoawards Every fanfic writer in the audience was asked to stand & co accept the award for Best Related Work. pic.twitter.com/A8BbXbPUtF

Fanfic writers have been taking the win in stride, with some of them pointing out that because AO3 had won a Hugo, it meant that they were all Hugo Award-winning writers.

Okay but does this mean the AO3 can be nominated again in the future or will it be gently let down with a “you have already left Hugos here” reminder?

I do love the idea that anyone who has ever written fan fiction for AO3 should be able to put masking tape w/their name on it onto base of the AO3 Hugo and take a photo with it as it travels from Worldcon to Worldcon. That's the kinda community shit I'm here for.

You: Even jokingly claiming your fics are Hugo-nominated is leeching off the credit of the people who developed AO3, you cretins

The people who developed AO3 at the Hugo Awards, plus the Organization of Transformative Works Twitter account: CO-ACCEPT THIS AWARD WITH US, WRITERS pic.twitter.com/mQqSY2RWAS

You can check out the entire list of Hugo winners here.