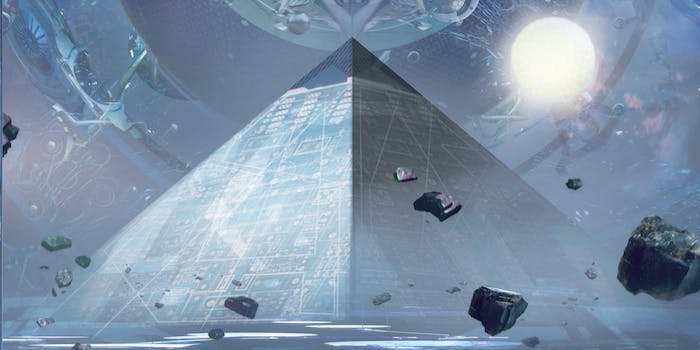 Netflix’s ‘Three-Body Problem’ is getting pushback from U.S. senators

The Three Body Problem may become one of Netflix‘s biggest shows, once it actually gets made. Adapted from a bestselling Chinese sci-fi novel, it’s the first major project from showrunners David Benioff and D.B. Weiss after their work on Game of Thrones. But the book’s original author, Liu Cixin, is already attracting some criticism toward Netflix.

Liu’s Remembrance of Earth’s Past trilogy first garnered praise in China, beginning with The Three-Body Problem in 2006. It’s a complicated, wide-reaching sci-fi epic involving humans and aliens, and became an international hit after the first book was translated into English in 2014.

As a Chinese author, Liu is less of a public figure in the U.S. than someone like George R.R. Martin or J.K. Rowling, so most Western readers weren’t really aware of his political opinions. But in a New Yorker profile last year, he voiced support for the Chinese government’s Uighur internment camps—obviously a shocking and controversial statement. As a result, five Republican senators have sent an open letter to Netflix CEO Ted Sarandos, criticizing the company’s support of Liu’s work.

“Were Netflix senior executives aware of the statements made by Mr. Liu Cixin regarding the [Chinese Communist Party’s] genocidal acts prior to entering into an agreement to adapt his work? If so, please outline the reasoning that led Netflix to move forward with this project.”

In last year’s New Yorker interview, Liu blamed Uighur people for terrorist attacks in China, saying, “If anything, the government is helping their economy and trying to lift them out of poverty” by imprisoning people in detention camps. He was referring to the extensive network of internment facilities in Xinjiang, where at least a million people have been detained based on their ethnic or religious background. Widespread human rights abuses have been reported, including forced sterilization, torture, “re-education,” and slave labor. According to experts, this qualifies under the U.N. definition of genocide.

The letter also accuses Liu of “parroting dangerous CCP propaganda,” and suggests that Netflix is complicit by choosing to promote and profit from The Three-Body Problem.

Disney faced criticism earlier this year for filming Mulan in Xinjiang, working closely with the local government, and directly thanking a Xinjiang propaganda office in the film’s credits. The movie—a patriotic tale about a loyal Chinese soldier who protects the empire from dangerous outsiders—filmed several key sequences in Xinjiang, nearby to where the Chinese government is currently detaining and allegedly torturing Uighur people.