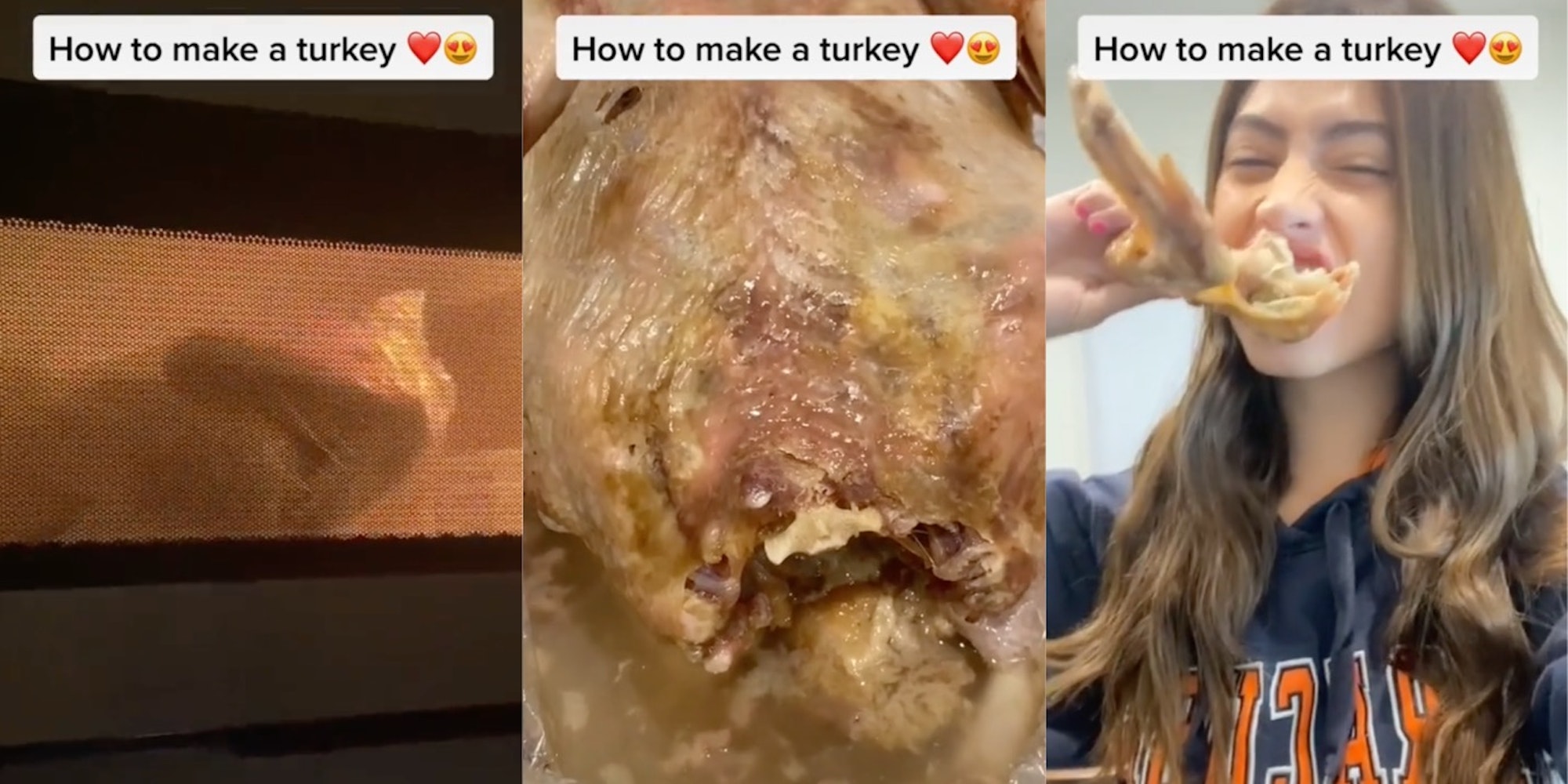 Girl horrifies viewers by cooking Thanksgiving turkey in the microwave

The whole scene is pure violence.

A TikTok video shows a young woman destroying Thanksgiving decency and norms by seemingly cooking a turkey in the microwave—and grossing out her viewers in the process.