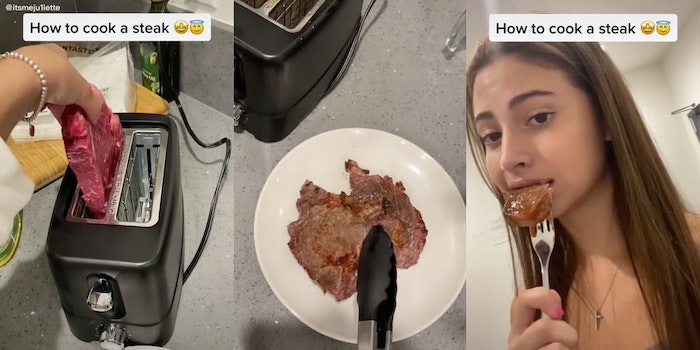 There are cooking hacks, and then there's hack cooking.

In a bustling world, not everyone has time to create gourmet dinners every night—and for people living in small spaces, getting the equipment to cook even most normal dinners might be impossible. So getting creative is commonplace in modern, everyday cooking, and there are plenty of suggestions for working with what you’ve got all across social media.