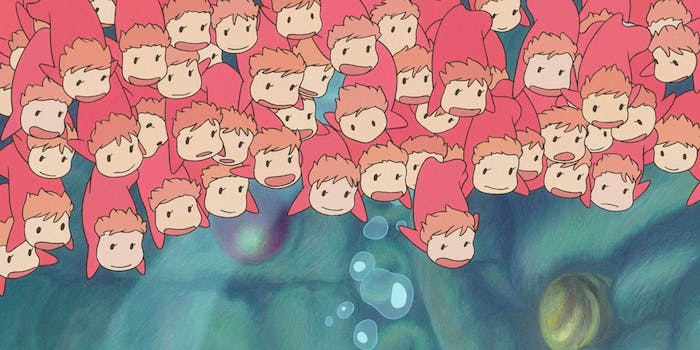 Turn your video conference call into a Hayao Miyazaki movie

With the coronavirus pandemic transporting many jobs from the office to their homes, people are spending a lot of time—or more time than usual—in video conference calls with the help of software like Zoom and Microsoft Teams. But it’s easier than ever to swap your office background for something more interesting, or, in the case of Studio Ghibli, more fantastical.

On Monday, Studio Ghibli released eight wallpapers designed for personal use during video conference calls. Using iconic backgrounds and imagery from famous Studio Ghibli films like Howl’s Moving Castle and Ponyo, they transport you straight into Hayao Miyazaki’s worlds. For many of us who wouldn’t be able to travel to the Ghibli Museum even without a pandemic stopping us, it’s the next best thing.

Some of the available backgrounds use familiar settings from the films, whether it’s the mysterious town in Spirited Away or the hat shop in Howl’s Moving Castle, and allow you to embed yourself in those worlds.

In the case of Castle in the Sky and Princess Mononoke, the backgrounds look like scenes taken straight from the films.

As is the case with practically every Miyazaki film, each image includes an incredible amount of detail. While some might get lost when being used during conference calls, they’re each gorgeous in their own right.