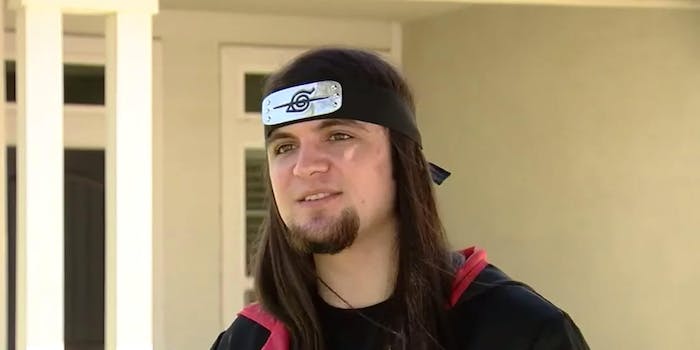 'We foresee a possible humanitarian disaster in the works.'

Matty Roberts, 21, is the original mastermind behind the “Storm Area 51, They Can’t Stop All of Us” public Facebook event. The event was created on June 27 and since then, has amassed over 2 million people at least willing to hit the “going” button to an event that started out as “completely satire.”

As the Sept. 20 date approaches, Roberts has decided to terminate at least one component of the event. Following the unexpected attention of the original Facebook event, Roberts made plans for a music festival by the name of AlienStock to take place in the small town of Rachel, Nevada. Rachel is over 100 miles north of Las Vegas and has an official population of 54, according to the 2010 census—but now, he says, that’s over.

As recently as Sunday, Roberts told Las Vegas news outlet Fox 5 that he was “stressed but excited” for the event. Roberts collaborated with Connie West, the owner and operator of the Little Al’e’inn hotel in Rachel to prepare for the festival. But on Monday night, Roberts released a statement in which he cited West’s “lack of infrastructure, poor planning, risk management and blatant disregard for the safety of the expected 10,000+ AlienStock attendees” as his reasoning for officially detaching himself from the AlienStock event in Rachel, Nevada.

He added: “We are not interested in, nor will we tolerate any involvement in a FYREFEST 2.0. We foresee a possible humanitarian disaster in the works.” In the statement, Roberts also claims that he will now be holding an AlienStock event in downtown Las Vegas even though West will still attempt to hold a festival in Rachel.

About 3 a.m. on Monday, The Little Al’e’inn operator Connie West said she received a phone call that 21-year-old Matty Roberts would "no longer be working" with her for the alien-themed event. https://t.co/R4OAGcrvXN

Since its inception, the “Storm Area 51” Facebook event has been subject to countless memes and has also experienced a pretty turbulent path. On Aug. 3, the page was temporarily removed for going against Facebook’s Community Standards and the U.S. Air Force has publicly discouraged intrepid explorers from actually approaching Area 51. With the original Facebook event less than two weeks away, it seems that with all the mess surrounding AlienStock, even Roberts doesn’t fully know what will really happen on the faithful day.

Roberts did not immediately reply to a request for comment on the situation.