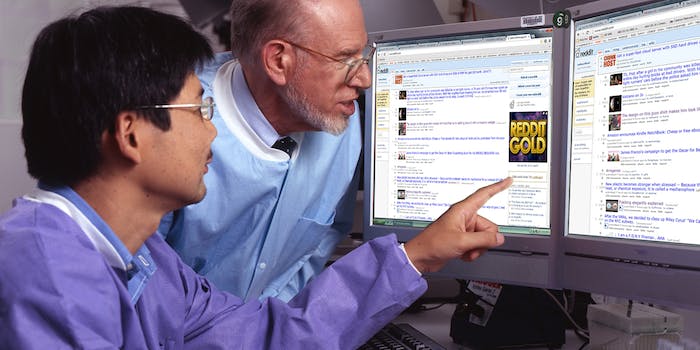 Fancypants researchers cracked possibly the greatest mystery of all time: how to make the front page of Reddit.

Fancypants researchers cracked possibly the greatest mystery of all time: how to make the front page of Reddit.

According to The Verge, Stanford University researchers Himabindu Lakkaraju, Julian McAuley, and Jure Leskovec recently analyzed over 16,700 Reddit picture submissions over a period of several months. Their goal was to determine what made frontpage Reddit content so popular on the site.

After all was said and done, the team revealed its exhaustive scientific findings:

“It depends,” the researchers said.

It was also discovered that “Good content ‘speaks for itself’ and may become popular regardless of title.” Like this dude peeing on lava. Or the math teacher who gave Reddit his debut album.

OK, so while the most obvious answers may not be what we were looking for, the research team’s results were not totally in vain. Rather, they did denote certain commonalities among content posted to Reddit:

Some redditors discussed the results, and offered their own findings, in a post about the study on r/inthenews.

“The abstract notes a strong correlation between tits and upvotes,” Augustus_Trollus_III said.

Soon, maybe Harvard University will conclude what, exactly, is in that goddamn locked safe.