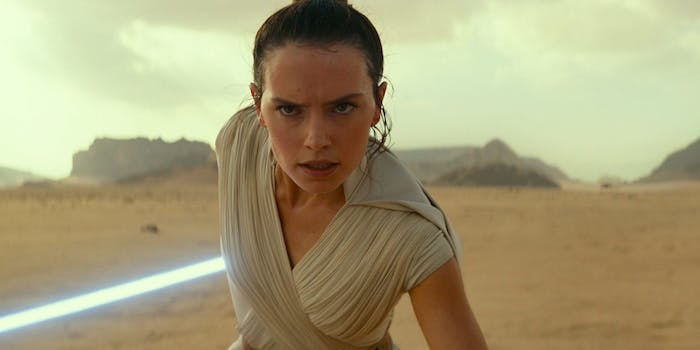 Why ‘The Rise of Skywalker’ should have killed more characters

The filmmakers seemed scared to kill off any fan-favorite heroes.

This post includes major spoilers for The Rise of Skywalker.

Resurrecting Emperor Palpatine and concluding a nine-movie saga, the stakes in The Rise of Skywalker couldn’t be higher. So why did it feel so bloodless and shallow compared to The Last Jedi and Rogue One? For one thing, it’s hard to take the war seriously without a real threat of danger. Along with a relative lack of major character deaths, the film repeatedly offered fake-outs where we thought someone died, only for them to survive instead, undercutting the sense of mortality and peril.

There’s nothing wrong with one or two fake-outs, but The Rise of Skywalker was overflowing with them. First of all, there’s Palpatine, who returns from the dead after decades of radio silence. Then we have Chewbacca, who is seemingly killed by Rey (a genuinely upsetting moment!) but turns out to have been on a different ship. C-3PO sacrifices his memories (which basically amounts to a droid’s life) for the Resistance cause, but then R2-D2 reboots him. Zorii Bliss apparently dies during the destruction of Kijimi, but she escapes offscreen and returns for the final battle. Then there’s Kylo Ren, who gets stabbed in the chest and then healed (arguably not a true fake-out), and then thrown into a chasm (definitely a fake-out) before his real death. And finally, we have Rey, who dies defeating Palpatine and is resurrected by Ben Solo’s healing power of love. Not to mention the Force Ghost return of Luke Skywalker, and Kylo Ren’s memory/hallucination of Han Solo.

So yeah, just to count those back, the film includes six fake-out resurrections, versus three actual death scenes. And of those real deaths, Palpatine and Kylo Ren are the two main villains, and we kind of assumed that Leia would have to die in this film.

Judging by many of the creative decisions in The Rise of Skywalker, J.J. Abrams and co-writer Chris Terrio share the tastes of more conservative Star Wars fans, emphasizing a sense of nostalgia for earlier films. That meant the supporting cast was full of legacy characters like C-3PO, R2-D2, Lando Calrissian, and Chewbacca. And apparently Abrams was unwilling to kill off any old faves.

Everyone in Star Wars is someone’s favorite character. Even Jar-Jar Binks. That’s part of why The Last Jedi was so divisive—it made unexpected choices for a lot of characters, especially Luke Skywalker. It wasn’t as if The Rise of Skywalker was devoid of wild ideas (Rey Palpatine, for one!), but Abrams was pretty conservative about protecting fandom nostalgia. So along with getting plenty of screentime, old characters like C-3PO and Chewie were safe. This left a very short list of recognizable characters who could theoretically die. It would be unnecessarily harsh to end the trilogy by killing Rey or Finn—not to mention the horrible optics of killing off the franchise’s first Black protagonist. I won’t run through every possible character, but it seems like Abrams and Disney decided that no one was worth sacrificing. They didn’t want to upset fans by killing off a beloved figure like Chewie, or maybe they wanted to keep everyone safe for future spinoff material. And honestly? That’s bad storytelling!

The thing is, The Rise of Skywalker already includes a solid list of characters who could be killed off in meaningful ways. It’s literally the same people on the fake-out list. Chewie, C-3PO, and Zorii Bliss each could’ve had narratively important death scenes, but the film rescues them at the last moment to make sure everyone gets a happy ending. No one expected the Skywalker Saga to end on a truly grim note like Rogue One, but by protecting almost all the supporting heroes from harm, The Rise of Skywalker undercut its own high-stakes finale.