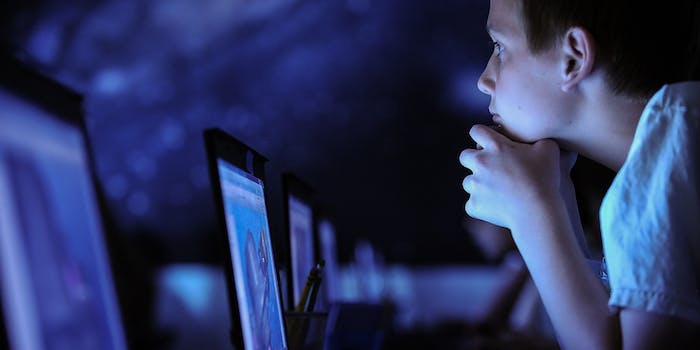 Why teachers shouldn’t be friends with their students on Facebook

The case highlights the growing problem of teachers crossing inappropriate boundaries on social media, but there’s also a larger issue here. Maybe teachers should be more selective about their friending practices, regardless of district policies or lack thereof. Educators have the ability to make smart and necessary judgement calls, including how they should interact with students, and many excellent best practices guides are available to help instructors decide how to balance the Internet in their personal and professional lives. Many districts are still scrambling to catch up with social media and its potential risks, but there is actually a precedent for addressing behaviors online, and it’s called real life.

Meanwhile, districts need to be drafting and enforcing social media policies to make professional guidelines clear for teachers and to establish a consistent system of handling violations. Providing clear guidance is crucial, as is letting teachers know in no uncertain terms what will happen if they violate their district’s policy. Developing such policies in advance also allows districts to handle violations immediately, rather than having to scramble to address them on a case-by-case basis and run the risk of legal liability if a reaction can be viewed as retaliatory.

80 percent of K-12 teachers report the use of social media for private and professional purposes. Meanwhile, 95 percent of teens use the Internet and some 81 percent are on social media. That leaves considerable room for overlap and blurred boundaries when it comes to how students and teachers interact, especially given the complexity of student/teacher relationships, not just in K-12 education but beyond.

Teachers, like everyone else, have free speech rights as established under the Constitution. They may comment on political issues and a range of social subjects, which means a teacher should be able to post a link to a story about a political issue on her Facebook, or can make a remark about local politics on his Twitter without penalties. However, caselaw has established that like other public employees and people in certain industries, teachers are not necessarily protected when they make disparaging or unprofessional remarks, including those that might be “disruptive” to their schools or districts.

Teachers aren’t just talking about themselves on a personal level when they speak in public, including online. They’re representing themselves professionally, as well as their districts overall. Just as other public servants like judges aren’t permitted to make disparaging or unprofessional remarks on social media, teachers are held to a high standard—and their activities outside the classroom can be considered a factor in hiring and employment practices, though outright retaliation for public comments can be grounds for a suit.

Teachers shouldn’t be barred from the Internet altogether. Some teaching professionals use social media as a teaching tool, working directly with students to encourage them to use the Internet as a learning instrument. They might use Twitter or Facebook to distribute class assignments and encourage class discussions or have students follow public leaders and talk about their findings. Other teachers may use distributed texting for homework reminders or make their emails available for students with questions.

But tightening down on these practices is highly advisable. There’s a difference between private and public lives, and this distinction is critical. In the case of Jeffrey Sirois, the coach who circulated his private video to his class, it’s reasonable to ask why he had connections with his students on Snapchat in the first place. Had they not been linked, he wouldn’t have accidentally—or “accidentally,” which would have been much more abhorrent—sent the video in the first place. Likewise, teachers would be well-served to maintain locked-down Facebook, Twitter, and other social media accounts for their private lives; political speech is still protected in public, but private behaviors that would undermine professionality should perhaps not be widely distributed.

Teachers and their students are not necessarily “friends”—at least, not until after graduation. Fostering close relationships and creating opportunities for learning is definitely key to being a successful teacher, but so is maintaining a professional distance. Students and teachers likely don’t need to be connected on Snapchat. An intimate Instagram account should probably be locked. Teaching professionals should consider maintaining separate public and private Twitter accounts, and locking more personal Facebook posts.

Without these clear boundaries, teachers aren’t just at risk of making mistakes on social media that could cost them their jobs. They’re also making poor decisions as educators, confusing students about the nature of their relationships and giving students excessively intimate looks into their lives. Humanizing teachers shouldn’t be confused with, as the kids say, TMI, and education professionals need to be trained to know the difference.

As a new generation of educators faces radical changes in the education system, it’s also time to update not just district policies, but teacher education. Classes in social media should be a required part of professional coursework, and not just in the sense that educators may want to use it as a teaching tool. While learning about how to use it effectively in a classroom and as a supplement to instructional materials can be incredibly valuable in an era when most students interact with it regularly, teachers also need to learn about dos and don’ts—because responsible relationships with students are a key component of professionality for teachers.

And in some cases, maybe that means not friending your students on social media, or not having publicly accessible accounts in the first place.