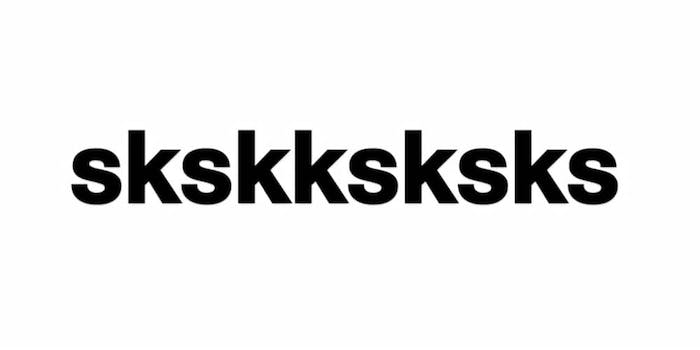 You might be able to identify a VSCO girl in your midst, but do you know the sound?

You can hear it in this widely circulated VSCO girl parody (?), as well as the phrase, “And I oop.” They’re often used in tandem, at least in this iteration.

While “And I oop” is a more recent meme that’s been co-opted, sksksk is an interesting evolution in internet micro-speak and subcultures. BuzzFeed News broke down the evolution from a written reaction often meant to express excitement or amusement, which itself evolved from where the S and K sit on on the keypad or computer—a byproduct of the keyboard smash reaction.

The sksksk sound has also been used in ASMR videos as far back as 2013.

As the VSCO girl trend started getting more attention this summer, many pointed back to Black and LGBTQ Twitter circles, as well as Stan Twitter (a community devoted to more to a specific fandom), as the origins.

On Twitter, it seems to have a broader application, used to open and end sentences, or in a more self-reflective or congratulatory way. It can also convey embarrassment or shock. It’s basically a sound of existence.

Of course, there are some alternate theories about who the phrase really “belongs” to.