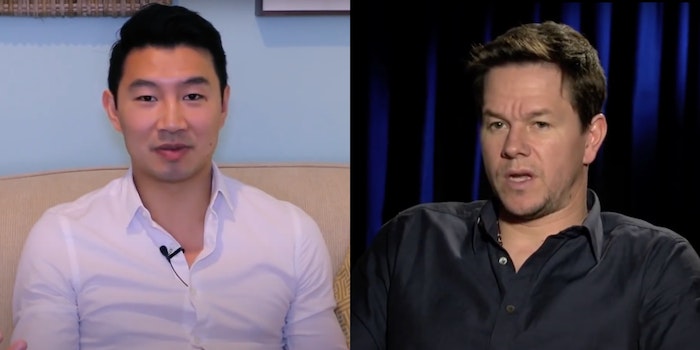 'Obviously, it'd be pretty weird to go to work with that tweet still up.'

Shang-Chi and the Legend of the Ten Rings star Simu Liu deleted a 2018 tweet Saturday that condemned his Arthur the King co-star Mark Wahlberg for viciously beating two Vietnamese men when he was a teen.