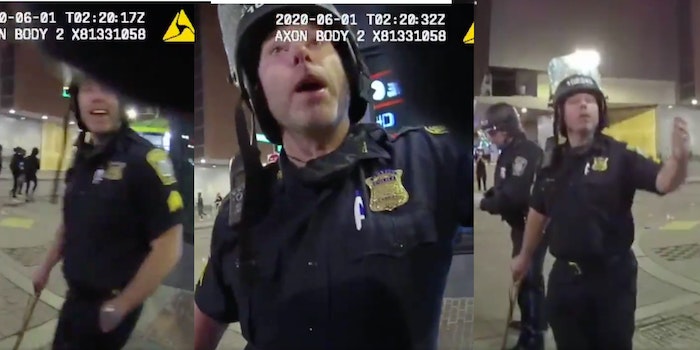 'I’m f*cking hitting people with the car,' he says before changing his story.

A police sergeant was caught seemingly bragging about hitting Black Lives Matter protesters with a car. He only seemed to change his tune and story after a fellow officer told him they had their body camera on.