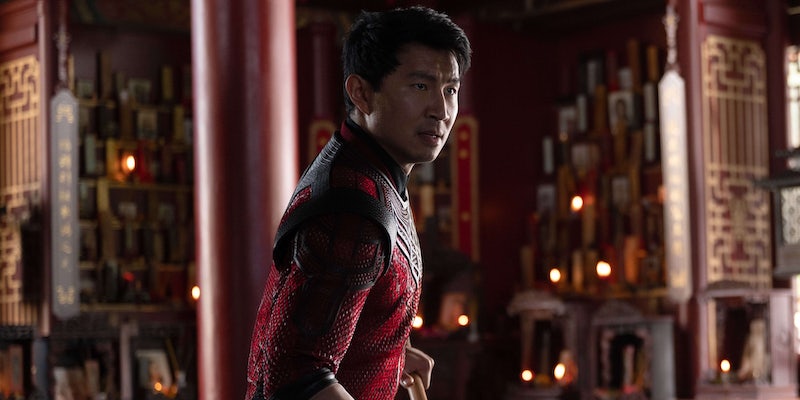 Shang-Chi and the Legend of the Ten Rings/Marvel

'A lot of people haven't seen a Jackie Chan movie and it shows.'

Shang-Chi and the Legend of the Ten Rings is the MCU‘s first martial arts movie, and its fast-paced choreography is being compared to the work of Jackie Chan. The comparisons are generally favorable, but they also tie into more critical conversation about the way Marvel pays homage to earlier, more distinctive movies..

Basically, Shang-Chi‘s fight scenes are very effective by Marvel standards, especially if you’re not familiar with specialist martial arts stars like Jackie Chan. But to people who are familiar with Jackie Chan’s filmography, Shang-Chi may feel like a pale imitation. One particular moment is getting a lot of attention online: an action sequence on a bus, where Shang-Chi takes off his jacket mid-fight.

Simu Liu has a background in martial arts and stunt performance, making him stand out from other Marvel action stars—particularly Iron Fist‘s Finn Jones, who was widely criticized for his lack of combat skills. Shang-Chi director Destin Daniel Cretton was indeed inspired by Jackie Chan, and by wuxia movies like Crouching Tiger, Hidden Dragon, working with Chinese wuxia choreographers, and Chan’s longtime collaborator Brad Allan. But while Shang-Chi is earning praise for its action scenes, there’s a lot of disagreement about the line between homage and copying.

Contemporary blockbuster cinema is riddled with vintage pop-culture homages, whether that means copying classic movies like Joker‘s relationship to Taxi Driver, or making nostalgic references like Guardians of the Galaxy‘s retro soundtrack. In the same way that some people are frustrated with Hollywood’s recent flood of remakes and reboots, this style of homage has its detractors.

Within the MCU, Captain America: The Winter Soldier was heavily promoted with comparisons to 1970s paranoia thrillers like Three Days of the Condor, emphasized by Robert Redford’s supporting role. Meanwhile Doctor Strange directly borrowed imagery from Inception, and films like Guardians of the Galaxy include brief visual references to classics like The Usual Suspects and North by Northwest. Wandavision was literally built around references to classic sitcoms, an intriguing idea that fell apart when the show returned to a more generic MCU finale.

These homages can have very different impacts, depending on whether you’re familiar with the source material. They inspire nostalgic satisfaction among viewers who recognize the references, whereas to younger viewers (and viewers who simply don’t watch many movies) they may seem like a fresh idea. Hence why some people are annoyed by Shang-Chi being praised for something that Jackie Chan could do in his sleep. There’s a definite sense that MCU movies benefit from referencing better films that came before, without offering anything distinctive and fresh of their own.