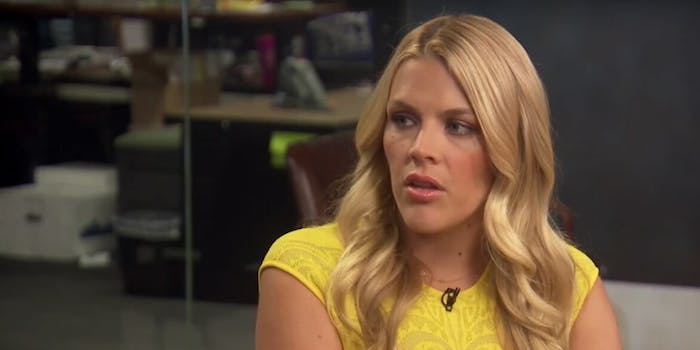 'He threw me to the ground. Flat on my back. Wind knocked out of me.'

In her memoir This Will Only Hurt A Little, Philipps said that Franco was a “fucking bully” to her during the filming of the show. Per Philipps’ account, one scene involved her character Kelly gently pushing Franco’s character, Daniel Desario. Franco was startled by the gesture and yelled at Philipps.

“He grabbed both my arms and screamed in my face, ‘DON’T EVER TOUCH ME AGAIN!” Philipps wrote, according to Vulture. “He threw me to the ground. Flat on my back. Wind knocked out of me.”

Philipps said Franco apologized the next day but only after the show’s producers and director insisted he do so.

Following Philipps’ revelation, skeptical Twitter reactions were typical of what accusers face after coming forward about assault or harassment. Some people asked why Philipps chose to reveal the incident now.

She’s been relevant for years and could have said this ages ago. i’m not refuting that it happened and it was awful, but she’s now using this situation and that’s a fact.

And so it begins! If you’ve been assaulted do something then..not later!

Other believed Philipp’s allegations were false.

#BusyPhillips needs to stop with her bullshit lie on #JamesFranco. She admitted in 2011 in front of the cast how James was in character because he was method acting and when he pushed her everyone was laughing and now she wants to tell lies.

Judge Judy: I assume you filed a police report. I'd like to see it.

Judge Judy: THEN YOU GET NOTHING, MADAM! A reasonable person files a police report when they're assaulted! pic.twitter.com/JK4H9be6N7

Other people on Twitter expressed their support for Philipps.

Dan, traumatic events such as this should be brought to attention whenever the abused party is emotionally provoked, ready, and willing to speak. It *was* said ages ago; in a screaming voice inside her head that plagued her.

All my support and love to @BusyPhilipps. I believe women and all the brave souls that have come forward!

Oh that fucker… Seeing him in previews for the new Coen Brothers movie and that terrible HBO show that's like watching paint dry makes me want to break things.
I'm always here for @BusyPhilipps.

Not surprised. I've thought James Franco was creepy as hell ever since he tried to hook up with a 17 year old girl & then treated it like a big joke when he got called out.

Philipps has talked about animosity between her and Franco in the past. In a 2016 interview with Andy Cohen, Philipps said Franco was the most difficult celebrity she had worked with.

“When we were 19, we were on Freaks and Geeks and we really, really disliked each other,” Philipps said. “He, like shoved me to the ground once. It was really brutal. But we’re friends now and we really like each other now as adults.”

Franco has been accused of inappropriate sexual behavior by five other women. He has denied all of the allegations.