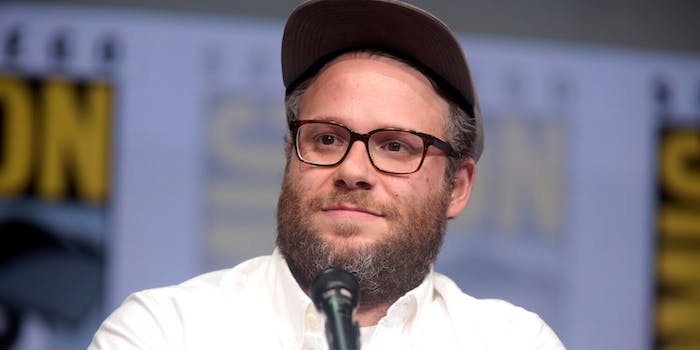 Rogen had time to own the trolls.

Seth Rogen minced no words with his Instagram followers who didn’t agree with his Black Lives Matter post on Monday.

“If this is a remotely controversial statement to you, feel free to unfollow me,” Rogen captioned his photo of a Black Lives Matter graphic. The comedy star has been frequently outspoken about his political and social views, so the post shouldn’t have come as a surprise to any of his fans. And yet, some people still worked themselves into a lather over the post.

It’s got to be cumbersome for celebrities to respond to thousands of people on each post, but Rogen made time for the anti-BLM trolls who set up shop in his comments.

“All life’s matter,” @real_clayton commented, to which Rogen responded, “Eat shit and fuck you.”

“Fuck you and your virtue signaling,” wrote @chamilton239, surely confident he had dealt a knockout blow to the Pineapple Express star. But alas, Rogen held his ground, writing back, “I mean fuck YOU and your father.”

Last week, Rogen participated in a Twitter donation chain to the Minnesota Freedom Fund, a nonprofit that bails out individuals who can’t afford it. The funds went toward bailing out those who were arrested for protesting the death of George Floyd, who died after Minneapolis police officer Derek Chauvin knelt on his neck for almost 9 minutes. Rogen tweeted that he had matched the previous donation from the Safdie brothers “and then much more.”

Rogen has repeatedly demonstrated that he likes to donate his time and money to social justice movements. Anybody who picks a fight with him on social media should know by this point that he doesn’t pull punches. And with 8 million Instagram followers, Rogen probably isn’t losing sleep over the handful of conservative trolls who unfollow.