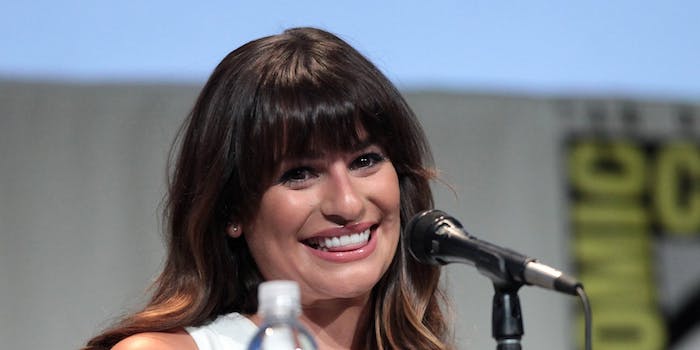 Glee star Lea Michele is being called out by her own former Black co-workers. After tweeting a message of support for the George Floyd protests, she was accused of hypocrisy and racist behavior while filming Glee. She previously garnered criticism for campaigning to play Maria in West Side Story, a Latina role.

Michele posted a Black Lives Matter tweet on Friday, the kind of banal public statement we’ve seen from a lot of brands and white celebrities in recent days. But on Monday night it got picked up by Samantha Ware, a Black actress who played Jane Hayward during season 6 of Glee. “LMAO REMEMBER WHEN YOU MADE MY FIRST TELEVISON GIG A LIVING HELL?!?!” she wrote, adding that Michele said she would “shit” in Ware’s wig, among other “traumatic microaggressions.”

The tweet immediately attracted attention, including from other actors who appeared on Glee. For instance, actor/musician Dabier (Black Lightning) had a small single-episode role on the show in 2014, and tweeted, “GIRL YOU WOULDNT LET ME SIT AT THE TABLE WITH THE OTHER CAST MEMBERS CAUSE ‘I DIDNT BELONG THERE’ FUCK YOU LEA.”

Meanwhile, actor and drag queen Willam Belli (best known for RuPaul’s Drag Race) said that Michelle treated him in “subhuman” fashion to the point where he left the set of Glee.

So far the only Glee lead actor to respond was actress Amber Riley. She posted a tea-sipping GIF, which seemed to not-no-subtlety affirm the accusations.

Michele has not responded to the controversy.