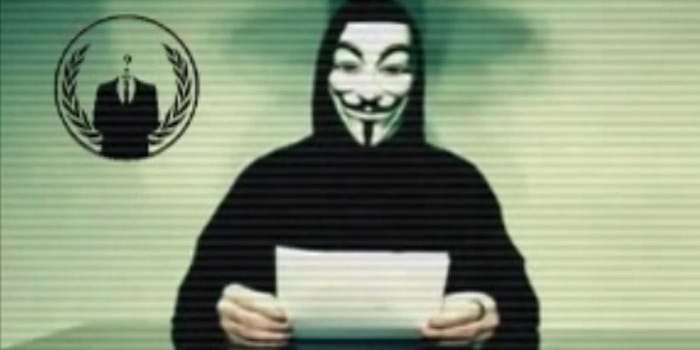 The group says it's not satisfied with the new investigation into Parsons's rape and suicide.

After months of threats, hacktivist group Anonymous has finally taken justice into its own hands in the case of Rehtaeh Parsons, the Canadian teen who committed suicide after photos her being gang raped went viral on Facebook. Earlier today, the group released the names of her four alleged attackers, leaving it to the world at large to mete out whatever justice it sees fit.

Parsons’s suicide has haunted her hometown of Halifax, Nova Scotia, for months. Despite what seemed like clear cut evidence in the case—the photograph, the obvious social trail online—police never charged anyone. Her four alleged attackers went right back to normal society, never forced to stand trial.

Shortly after Parsons’s death on April 4, Anonymous took an intense interest in the case. It paralleled in many ways the highly publicized rape trial in Steubenville, Ohio, where the sexual assault of a teen girl was catalogued and shared live on social media. The group helped blow open that case, skirting the judicial system, and it threatened to do the same in Nova Scotia, especially after it became apparent Canadian police had no plans to reopen the investigation.

In early April, Anonymous spent a week digging into the case, soliciting tips from locals and uncovering the alleged rapists’ online trail. The group threatened to release those names unless the Royal Canadian Mounted Police (RCMP) reopened its investigation. Amidst those threats and mounting international pressure, the RCMP finally gave in on April 11, claiming it had received “new and credible information” that justified reopening the investigation.

“Nothing has happened yet, no charges were laid, no communication with the public and all the 4 accused involved are still running free,” the group wrote in a statement posted to Pastebin.

A few sentences later, the group finally revealed the names of the four alleged rapists.

It’s not clear what effect this will have on the case. The teens’ identities have been a bit of an open secret in Halifax for a long time, as battles over their guilt or innocence have played out on Facebook (and on the street). At the very least, it may force the RCMP to use more than platitudes to answer hard questions about why its investigation continues to go nowhere.