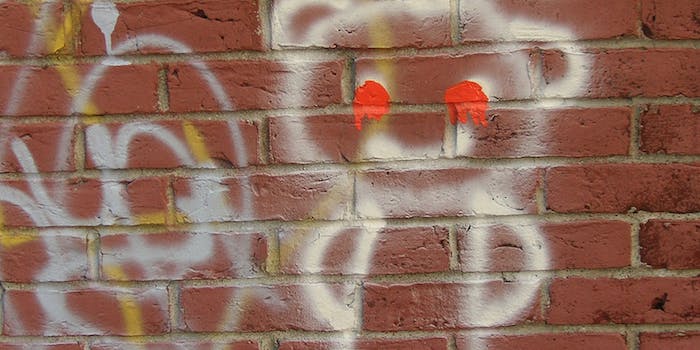 As the clock struck midnight on April 1, r/todayilearned moderator sdn posted, “We are proud to announce: This subreddit has moved! Please update your bookmarks.” Currently, those who access the subreddit’s front page will not see the usual stream of links to miscellany culled from the depths of Wikipedia. Instead, they’ll get a simple message: 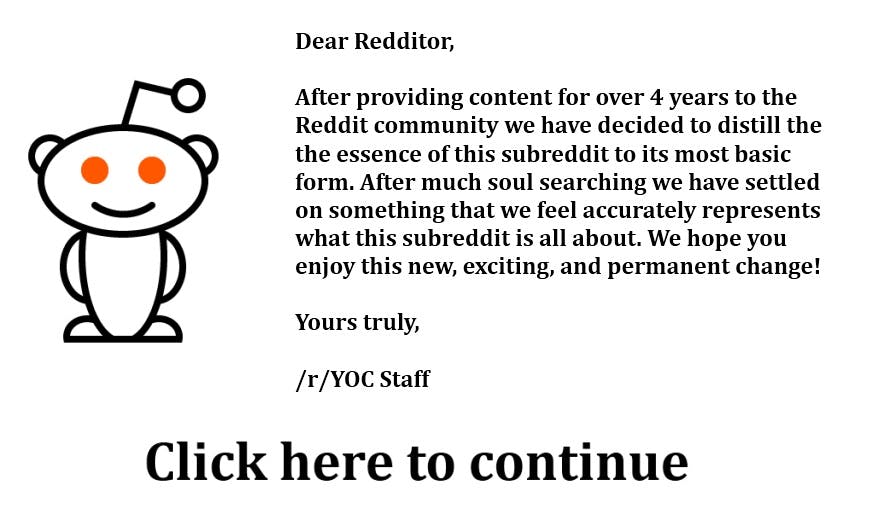 Included is a link to the new home of r/todayilearned, r/YesterdayOnCracked. (It’s a reference to addictive trivia-listicle site Cracked.com.)

Of course, anyone with access to the Internet in early April throughout the past few years can immediately decipher that the switch is likely a April Fool’s Day gag. And almost as groan-inducing as Google’s and YouTube’s gags.

But if you love r/todayilearned, you actually have nothing to fear.

By typing +NOCSS or +NULL after “todayilearned” in the URL, the subreddit—which is still, indeed, live—will be visible.

If some of the top entries on r/YesterdayOnCracked—that is, the April 1 version of r/todayilearned—are to be believed, redditors are unamused by the temporary switch.

“this april fools prank is HALARIOUS and in no way is it not funny and infuriating” redditor rocko_sanchez commented.

“TIL the admins of /r/til fail at april fools. Not only are you fooling nobody, it is also annoying as hell; stop this,” redditor minimizegovt demanded.

Others are taking the prank in stride.

“I feel like I’m the only one who had a decent chuckle when I saw this.. Ah well,” redditor illtakeyourface admitted.

“In the end, everyone is going to forget about this and it will all be back to normal tomorrow. They’re not going to ‘hurt their sub’ just by pissing some people off for one day,” redditor stferago said.

One thing is for certain: As April 1 marches on, r/YesterdayOnCracked can expect its typical barrage of listicles to never see the light of day. Instead, the top posts will be image-heavy reactions of redditors forced onto the page from r/todayilearned.

And, of course, it can expect to see small battles being fought by r/todayilearned subscribers still desperate to see familiar content.