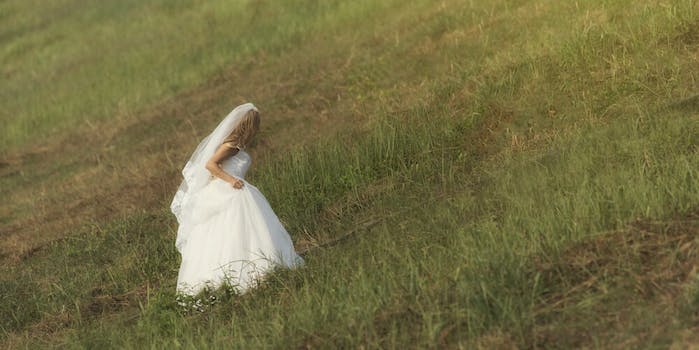 It’s a horror story straight from the Middle Ages. A young woman came onto the Reddit sub r/relationship_advice after her fiancé told her that he wanted his father to check her hymen the night before the wedding. Not only that, but he also wanted all of his male family members to witness the degrading ceremony as apparently that’s the tradition in his family.

My (22f) fiance (25m) want his father to check my hymen tomorrow night before I get married. from relationship_advice

My fiance proposed to me about 8 months ago. We decided on having a relatively small wedding which is in two days. Everything was going great. He seems absolutely perfect and we are very much in love.

I am a virgin and so is he, he wanted to save it for marriage and I wasn’t fussed so I agreed to saving it. He has told me earlier that in his family the father checks the virginity of the bride the night before the wedding. I laughed this off as it seriously sounds like a massive joke. No turns out he was dead serious. He wants me, the night before to open my legs up in a small ceremony type thing so his dad can check me while him, his brothers and uncle can watch so that they know I am still ‘pure’.

I told him fat chance I am going to do that and he was begging to me to go through with it and how important it is for him. He said he knew it was slightly embarrassing for me but his mom did and it will prove how much I love him and that I have nothing to hide anyway as I am still a virgin. I left and he was crying, it was very dramatic tbh.

I want to call off the whole wedding because of this and never talk to him again. But at the same time its only one thing and other then that we are genuinely perfect for each other and I dont want to spend my life with anyone else and it is very important to him and his family.

What the frick frack do I do. I am currently at my friends house and I might stay here for the night. tomorrow would be our last day as an unmarried couple and I am straight up panicking.

To make matters worse, he sprung this on her two days before the wedding, presumably thinking it would be easier to coerce her into it that close to the ceremony. Fortunately, she said no and is safely at a friend’s house. But she was still considering trying to make a relationship with this man work if he could be made to agree to marry without this invasive and violating ritual.

The comment section was filled with almost universal pleas to leave him and never come back.

Virginity checks aren’t just misogynistic and medically inaccurate (hymens can tear for a number of reasons and many people are actually born without one), they’re considered a violation of women’s rights by the UN.

And the redditors weren’t ignoring his manipulatively late announcement of this tradition either, nor his telling her “you’d do it if you loved me”.

People were wondering if his family were part of some sort of cult.

But whatever kind of religion or niche culture they belong to, there’s no way this would be the end of the horrifying and degrading behavior his family would subject her to.

IN FRONT OF ALL OF HIS MALE RELATIVES

One piece of advice people gave her, to varying degrees of seriousness, was to ask if he’d be willing to put up with the same treatment.

It turns out that she took that advice and asked him what he’d do if the situations were reversed. When the same man who told her she’d do it if she loved him said no because him submitting himself to that would be “ridiculous,” OP left him for good.

OP, the entire internet is proud of you!

You love to see it! She deserves a man that respects women as more than child-bearing vessels

Thank God!!!!!! I was so worried about this girl. pic.twitter.com/Kmq3Qfxmgz