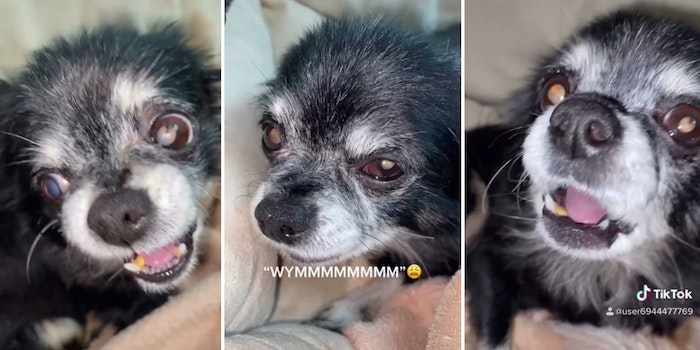 Pudgywoke has big 'f**k around and find out' energy.

If there’s one thing people love, it’s a misfit animal. Internet celebrity pets such as Grumpy Cat, Lil Bub, and Mr. Bubz have achieved viral fame not in spite of their various quirks and maladies but because of them. And now, we have a new contender in weird internet pets. A seemingly ancient long-haired chihuahua named “Pudgywoke” (or, Pudgy, for short) has captured viral attention for his various growling and grumbling noises and distinct “owa owa” bark. Since making his TikTok debut in early December, Pudgywoke has already amassed over six million followers.