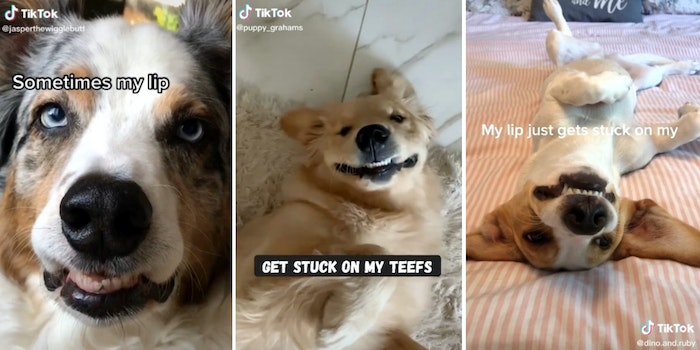 You think it looks weird, but they cannot help it.

In addition to being fiercely loyal companions, people love dogs because they make us laugh, even (or especially) when they’re being naughty. And one of the things dogs do that is almost always funny—even if they may not even be aware that they’re doing it—is when their lips get stuck on their teeth, causing them to sport an awkward, toothy grin. This phenomenon has now made its way to TikTok thanks to the viral song, “Sometimes My Lip Gets Stuck On My Teefs.”