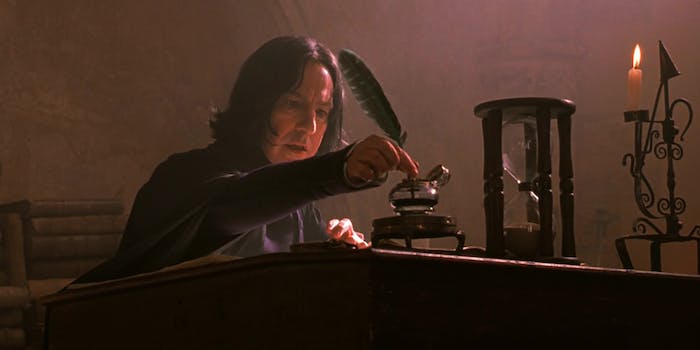 Harry Potter fans are pointing out the similarities to a more famous Professor Snape.

Sharing your name with a famous fictional character must be pretty annoying. Worse still if you share a similar career. This is the fate of Professor Matthew Snape, an Oxford vaccine researcher who has the same surname and title as one of Harry Potter‘s most controversial antagonists. And right now, Professor Snape (the real one) is running a crucial COVID-19 vaccine trial in the UK.

Harry Potter fans were quick to point out Snape’s name when British media began to cover the vaccine trial this week. Apparently Matthew Snape is the chief investigator in charge of what’s known as the “mix and match” trial. This medical trial is testing the effectiveness of combining different COVID-19 vaccines in the same patient. It’s an important study, but a lot of people are fixating on the professor’s name, especially since his job (kind of) involves mixing potions together.

This medical study tackles a question on many people’s minds: What happens if you take one dose of one COVID vaccine and follow it up with a second dose from another? According to the BBC, health experts already believe that it’s safe to combine different COVID vaccines. But how effective is it against the virus? And are there any long-term effects?

Right now, the “mix and match” trial is expanding to include new volunteer test subjects and is expected to last for about a year. Meanwhile, Snape hasn’t commented on the Harry Potter connection, presumably because he’s a serious scientist with more important things on his mind.