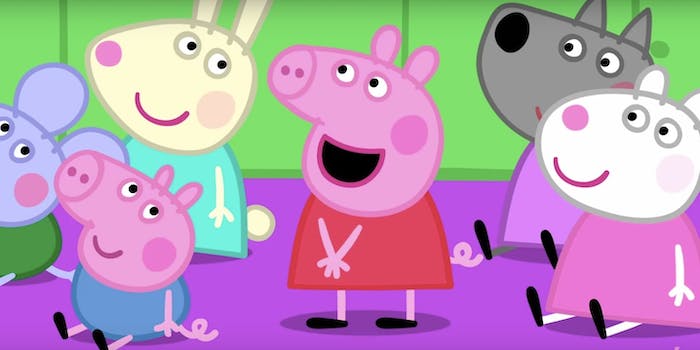 Wait, how tall is Peppa Pig?

The same height as Shaq, apparently.

After feuding with Iggy Azalea and releasing her debut album, Peppa Pig is now capturing the internet in another way: with her height.

Following this revelation, @Memeulous shared a screenshot of the search result on Twitter with the caption, “this is terrifying.”

If the search is correct, that means Peppa Pig is as tall as star basketball player Shaquille O’Neal. As a result, people are urging the NBA to recruit her.

However, some noted that it’s not Peppa Pig’s stature that should scare people. Rather, look out for her father.

“Y’all worried about Peppa Pig’s height, you should really be worried about her dad isn’t he like three times her size?” Twitter user @TheGame_MarcosL wrote.

Meanwhile, others saw her 7-foot-1 as a goal to reach.

In short, this has been quite a week for Peppa Pig.

Following rave reviews of her debut album and now a viral meme, it seems Peppa Pig and her height are finally getting the recognition they deserve. Only a Lakers contract can top off her already stellar week.