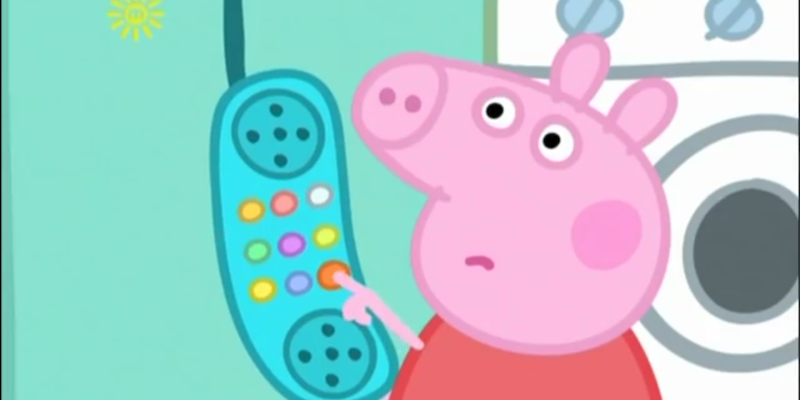 You’d be hard-pressed to find someone in America who considers the British cartoon Peppa Pig a counterculture icon, but this week, the Chinese government has labeled her as just that.

The preschooler-friendly animated series about a “cheeky little piggy” first started airing in China in 2015 and has recently blown up as a meme among a broader fanbase of Chinese adults. According to Gizmodo, Peppa has ended up symbolizing “people of society”—a slang term for slackers and gangsters who drop out of the social order in China—and the character is found on everything from purses to keychains to tattoos. Essentially, she’s a Chinese streetwear icon right now.

Peppa Pig has seen a renaissance of popularity on Chinese internet as it inexplicably becomes the favorite of tattoo-sporting would-be gangsta rappers on viral short-video platforms. pic.twitter.com/dmtNiqgn5p

QIN FEN AND XIAO GUI BOTH HAVE PEPPA PIG BAGS THIS IS TOO CUTE pic.twitter.com/BUJBpMWrir

maotong has peppa pig keychain strapped on his belt loop … this child pic.twitter.com/5vR6llZdCs

China is kinda obsessed with Peppa Pig at the moment — I mean they have tattoos and hairstyles dedicated to the cartoon pig. Here's our listicle on how it has made Chinese people go gaga https://t.co/8hSsalSO3F pic.twitter.com/ngFEIfPocE

“Peppa Pig is supposed to teach kids about the importance of family which is quite acceptable to the Chinese culture, but the fact that young people have turned it into something associated with a thug or a gangster, that’s totally the opposite of what Xi Jinping has wanted China to be,” Chinese digital media expert Haiqing Yu told SBS News.

Peppa’s loose association with gang activity was enough for the Chinese government to flag the show as problematic, and the video streaming site Douyin reportedly wiped more than 30,000 clips of the animated piglet this week. That’s not the only place people have access to Peppa Pig, though. The show has reportedly raked in over 13.4 billion views on the streaming platform iQiyi, and it has a high approval rating from fans on Douban.

The tattoo element of the craze is particularly controversial because tattoos are frowned upon in Chinese culture. A short rhyme that roughly translates to “get your Peppa tatt, shout out to your frat” apparently recently went viral.

This isn’t the first harmless-seeming children’s series to land in hot water with the Chinese government, either. Last year, Winnie the Pooh ended up getting the boot after a meme comparing him to President Xi Jinping went viral.

For the time being, Peppa fans are just going to have to get a little more creative with their posting in order to evade the censors.