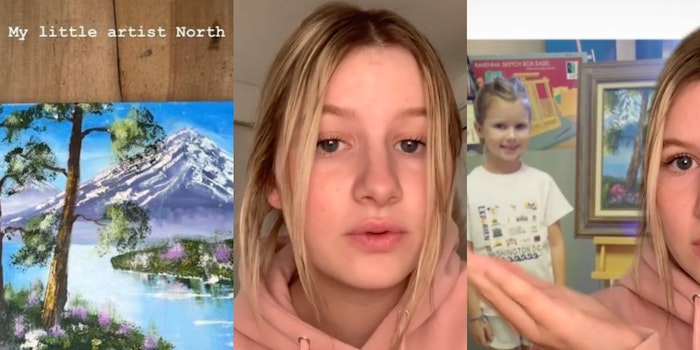 North West, the daughter of Kim Kardashian and Kanye West, is going viral after her mother shared a photo of a landscape Bob Ross would be proud of on social media. Her painting is so impressive that many online don’t think it’s real.