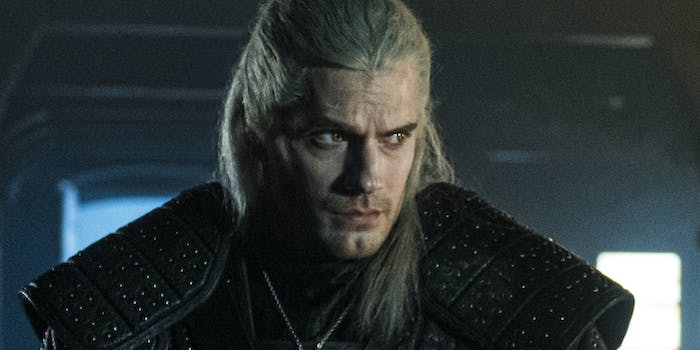 Get ready for ‘The Witcher’ prequel memes

Netflix greenlit a series that takes place 1,200 years before 'The Witcher.'

Netflix is expanding the world of The Witcher on-screen with a limited live-action series centered around the origins of the first Witcher.

The Witcher: Blood Origin, according to a press release, will take place “in an elven world 1,200 years before the world of The Witcher” and aims to depict what led to the merging of the worlds of men, elves, and monsters in what’s known as the “conjunction of the spheres.” The limited series will run for six episodes and will also be a prequel.

The Witcher writer Declan de Barra will serve as Blood Origin’s showrunner while The Witcher showrunner Lauren Schmidt Hissrich will be an executive producer on the spinoff. Andrzej Sapkowski—who wrote the series of books on which The Witcher is based—will act as a creative consultant.

“As a lifelong fan of fantasy, I am beyond excited to tell the story The Witcher: Blood Origin. A question has been burning in my mind ever since I first read The Witcher books—What was the Elven world really like before the cataclysmic arrival of the humans?” de Barra said in a statement. “I’ve always been fascinated by the rise and fall of civilizations, how science, discovery, and culture flourish right before that fall. How vast swathes of knowledge are lost forever in such a short time, often compounded by colonization and a rewriting of history. Leaving only fragments of a civilization’s true story behind.”

While The Witcher became known for its memes and the world’s catchiest song, the show is also full of incredibly detailed world-building that brings Sapkowski’s prose to life. But it also makes the flagship show, reportedly one of Netflix’s most-watched, richer.

While there is no indication as to when we’ll see Blood Origin, the limited series will shoot in the U.K., the same country in which The Witcher is shooting its second season.