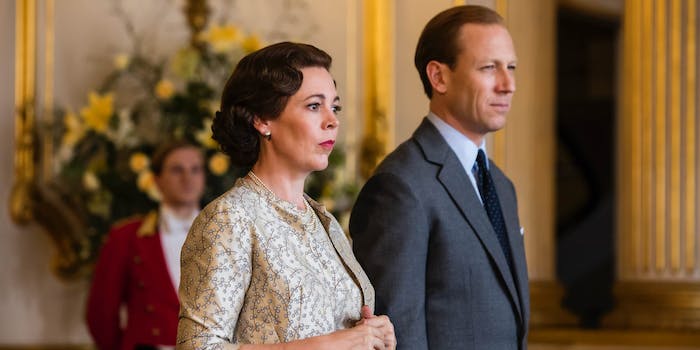 ‘The Crown’ to continue working on season 4 amid coronavirus concerns

But 'The Witcher' is shutting down for two weeks.

At this point, so many TV shows and films have canceled or delayed productions and releases due to concern over the coronavirus spreading even further that it’s almost more newsworthy if something chooses to stay in production. And as one Netflix show is delayed, another presses forward.

The Witcher has delayed production of its second season—which Netflix only just announced last month—for two weeks at Arborfield Studios, making it the first major U.K. production to halt work on a show due to the pandemic. The two-week mark will allow the production to be able to decide what to do next, a source told Deadline. During the delay, Netflix will continue to pay the production crew.

The move is also arriving in the wake of Kristofer Hivju testing positive for COVID-19, who was cast in The Witcher season 2, though Netflix said the decision to delay The Witcher arrived before learning about Hivju’s diagnosis.

“We paused production prior to becoming aware of this, but as a further precaution we will be closing production offices and Arborfield immediately and arranging for deep cleaning and disinfection,” Netflix said in a statement to the Daily Mail.

The Witcher is following in the footsteps of all U.S. and Canadian Netflix productions, which have all been shuttered for the time being. However, at least one Netflix show is pressing forward with filming. The Crown, which is produced by Left Bank Pictures, won’t delay the final week of filming season 4. We’ve reached out to Left Bank Pictures for comment.

According to Deadline, the move to continue filming The Crown is described as “simply needing to tie-up loose ends.”