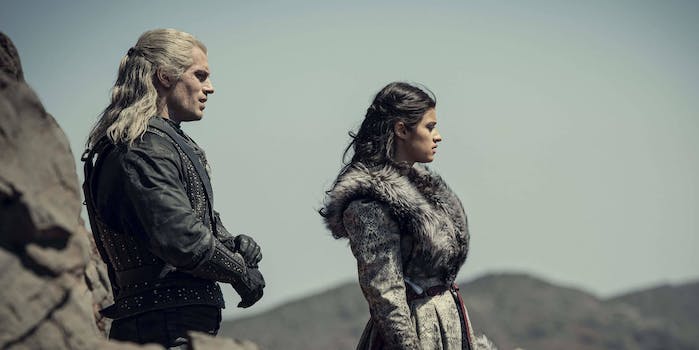 Netflix says ‘The Witcher’ is its biggest show. Is it really?

76 million viewers? We doubt it.

Netflix claims that The Witcher is its biggest show of all time, but its view-counting method is pretty dubious.

Instead of releasing viewing numbers in a similar format to traditional TV ratings, Netflix reveals the popularity of its original content in a variety of circuitous ways: By announcing that something is the most-viewed show in a certain time period, or that it was viewed by a certain percentage of subscribers, or that a first episode was the most popular premiere on the platform. The latest record comes from The Witcher, which Netflix claims was watched by a mindboggling 76 million households within four weeks of release. By comparison, Game of Thrones started out with about 2 million live viewers, ending up with about 12 million by the end—plus all the people catching up later or pirating it illegally, of course.

Anecdotal evidence, for instance, social media chatter, suggests that The Witcher is indeed pretty popular, although it’s not a dominant cultural force in the same way as Game of Thrones or Star Wars. So, what’s up with that 76 million number? If it’s accurate, then The Witcher would (somehow!) be the most popular show in the world. And let’s face it: it’s not. That’s because Netflix is fudging its viewing numbers by redefining what a “view” actually is.

Netflix now defines a “view” as someone who “chose to watch and did watch for at least two minutes—long enough to indicate the choice was intentional.” In other words, 76 million households may have just tolerated three minutes of The Witcher when it autoplayed from the Netflix homepage. That’s basically the Netflix equivalent of channel-surfing, and it’s very different from actually watching the show as an engaged viewer. In the past, Netflix defined a “view” as someone who had watched at least 70 percent of a movie or episode.

This new method reportedly boosted Netflix’s viewing figures by about 35 percent, without actually changing the reality of how many subscribers are watching this content. Netflix hasn’t released any kind of viewing numbers for prestige movies like The Irishman or Marriage Story, suggesting that they’re less popular than the tens of millions of “views” for things like Michael Bay’s action movie 6 Underground, or The Crown.