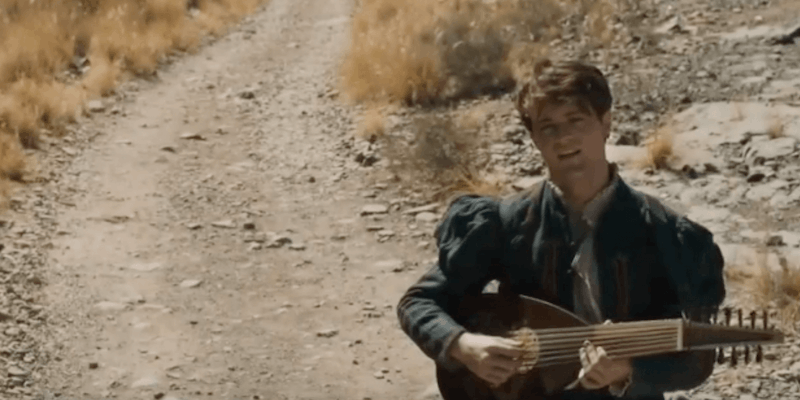 ‘Toss a Coin to Your Witcher’ is a low-key banger

Netflix has yet another breakout hit on its hands.

The Netflix live-action series The Witcher, starring Henry Cavill, dropped on Friday, and it appears the best thing to come out of it was a song.

Best song “Toss a coin to your Witcher” can’t get enough of it #TheWitcherhttps://t.co/Ssyvihlg7I

During an interview with Turkish magazine Episode, The Witcher series composers Sonya Belousova and Giona Ostinelli revealed the titles of several pieces performed by the character Jaskier, the strumming bard. One composition, “Toss a Coin to Your Witcher,” from the end of episode two, is a certified slapper. It’s got catchy lyrics and a big breakdown that people are loving.

The tune was made available on SoundCloud and has been streamed 147,000 times in three weeks, with YouTube reuploads putting on another 2 million views in the period.

Of course, the bard’s jam has made the rounds in the meme-iverse.

when the beat drops on toss your coin to a witcher #TheWitcher pic.twitter.com/x9aXzAuPZn

I haven’t finished watching #TheWitcher yet but can’t we talk about how that “Toss a coin to your Witcher” track slaps on all levels. Shit had me like pic.twitter.com/WxhNvTb4ax

"TOSS A COIN TO YOUR WITCHER, O VALLEY OF PLENTY" pic.twitter.com/8yQfqhQhc3

Most things can be made awesome when Rickey Thompson is shown dancing to them. “Toss a Coin to Your Witcher” is no exception.