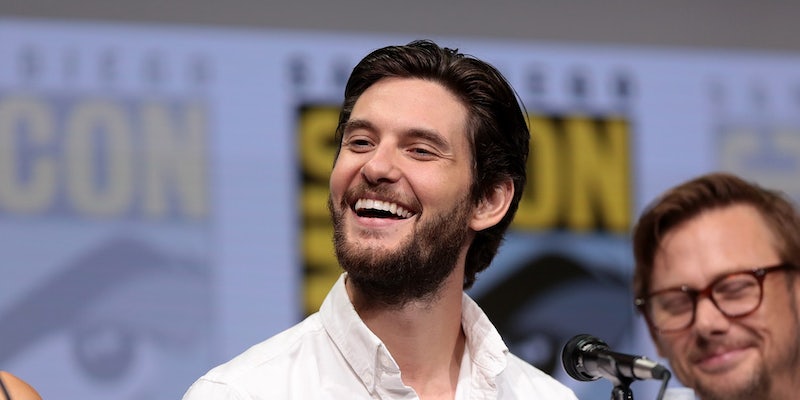 Or so he says!

For a little over a decade, English actor/singer/dreamboat Ben Barnes has maintained a steady fanbase thanks to his roles in sci-fi/fantasy adaptations like Narnia, Westworld, and Shadow and Bone. (Not to mention his enduring popularity as a fan-casting choice for Harry Potter‘s Sirius Black.) His fans have long referred to him as Bin Bons. But this week he shared a shocking revelation: He’s never heard the nickname before. Or so he says!

Yesterday Netflix posted a “which bin bons are you” macro on Instagram, which Barnes then shared on his own account, writing: “Bin Bons?!! That’s my nickname?”

Replying to the original post, he wrote another comment to the same effect. At this point, however, we must express our polite disbelief. It can’t possibly be true that Ben Barnes didn’t know about Bin Bons.

According to a ridiculously detailed investigation by the vintage gossip blog Oh No They Didn’t, the Bin Bons nickname originated around 2008, at the height of his breakout fame as Prince Caspian in the Narnia movies. The moniker emerged from the way he pronounces his own name, shaped by his rather posh English accent. “Bin Bons” then persisted for the next decade among his online fanbase, exploding in popularity with the arrival of Shadow and Bone this year.

While Ben Barnes is not Extremely Online in the way of some celebrities, he’s certainly aware of his own audience and public image. His role on Shadow and Bone capitalizes upon his status as a fantasy-genre hearththrob, to the point where he knew that Tumblr fans wanted him to play the Darkling before he was cast. Given his presence on social media and at fan events (including posing for photos as Sirius Black!), it’s very hard to believe that he was truly unaware of the Bin Bons phenomenon.

Mr Bons is, we suspect, having a little harmless fun here at his fans’ expense. But honestly, this is the kind of silly, low-stakes controversy that most celebrity standoms can only dream of.