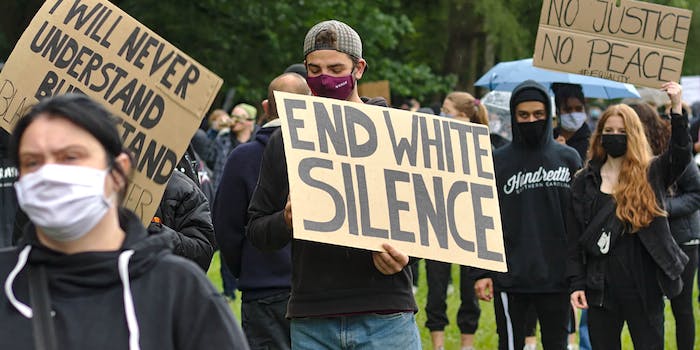 The new definition will aim to reflect the modern reality of racism.

Following a plea from Missouri native Kennedy Mitchum, Merriam-Webster is changing its definition of the term “racism.”

The decision to revise this term in one of the nation’s most respected dictionaries is not sitting well with conservatives. They quickly took to Twitter, where they’ve been having an utter melting down over the decision.

The original definition of racism, according to Merriam-Webster, is “a belief that race is the primary determinant of human traits and capacities and that racial differences produce an inherent superiority of a particular race.”

This definition, according to Mitchum’s email to the editor, was insufficient. In response, editor Peter Sokolowski noted that the dictionary’s second definition of racism, which more closely aligns with Mitchum’s description, will be further altered to properly encapsulate the term.

Merriam-Webster’s second definition of racism is currently “divided to express, first, explicit institutional bias against people because of their race, and, second, a broader implicit bias that can also result in an asymmetrical power structure,” according to Sokolowski.

He hopes, with further adjustment, that this second term can better capture the modern reality of racism.

“This is the kind of continuous revision that is part of the work of keeping the dictionary up to date, based on rigorous criteria and research we employ in order to describe the language as it is actually used,” Sokolowski told CBS News.

The news immediately rankled conservatives, who saw the alteration as a massive overstep on the dictionary’s part. They took to Twitter to share their distaste for the move and to call out the company for giving in to pressure.

Many users referred to the move as “Orwellian,” in reference to George Orwell’s dystopian view of a totalitarian future.

Meanwhile, some supporters of Merriam Webster‘s move are poking fun at naysayers online. Several people noted that the practice of updating language in official dictionaries is nothing new.

The new definition of “racism” will aim to incorporate better context regarding systematic oppression and racial inequality.