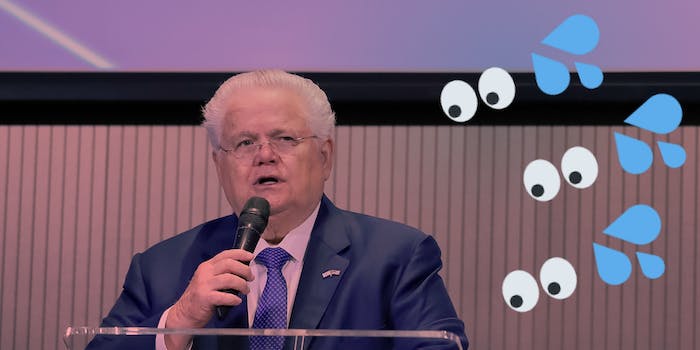 “Each day on twitter there is one main character,” Twitter user @maplecocaine once tweeted. “The goal is to never be it.”

Today, that displeasure goes to megachurch pastor John Hagee, who accidentally penned a kink tweet to his 424,300 followers. “Obedience brings blessings, and disobedience brings consequences,” he declared Tuesday afternoon. His Christian following agreed, and all seemed right in the God-fearing world.

Who says religion's all bad? Y'all have been pumping out the kink since Jesus went missing. pic.twitter.com/dR2xs0m4Es