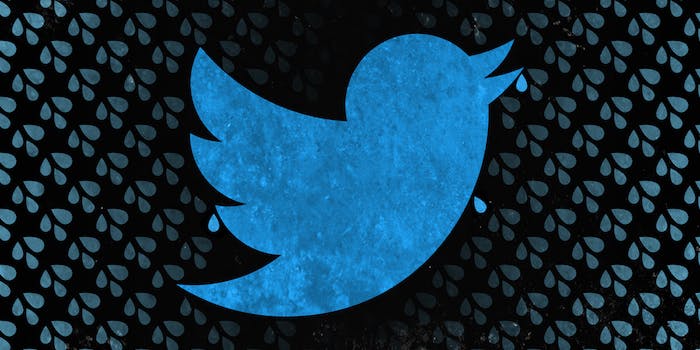 When Vice President Mike Pence visited what Washington Post calls a “migrant detention center” (better known as a concentration camp) in Texas last week, a video showed a Latinx U.S. Customs and Border Patrol officer guarding the holding pen. That officer was later identified as Kiara Cervantes, or @kiarace24 on Twitter and @kiaracerv on Instagram. After users started seeing clips and photos of Cervantes, the nickname #IceBae came about, and it stuck (even though CBP is not part of U.S. Immigration and Customs Enforcement).

“WOW I am in awe. Thank you all for the support!” she tweeted. “My job is so hectic at this moment but I am grateful. I love protecting my country! And I love my supporters!”

Tweets about Cervantes are par for the course.

Fuck it, #IceBae is hot. You all calling her a Nazi and shit. You just jealous, hating ass muffukkaz! Whose mad? #HoesMad pic.twitter.com/YbnsvmcNgE

Okay not gonna lie politics aside you gotta admit #IceBae is hot pic.twitter.com/poLkV58vgo

Me trying to lure out #IceBae at the border because my documentation was left at home on purpose. pic.twitter.com/Xu14jfEMm1

Look, as Twitter’s premier horny-on-main personality, I get it: you can’t help what you find hot. I’m a dyke, and I know a conventionally attractive woman when I see one. And I’m not here to shame you for feeling a fleeting sense of attraction to Cervantes, either. We are attracted to all kinds of people, both good and bad, because our dumb lizard brains will it.

But maybe that’s the point. Cervantes is a power figure, one who works for one of the worst institutions in U.S. history. The control she has, the uniform she wears, and the awful things she enables cannot be separated from the social media lust for her. The cruelty is the point, like many things in the Trump administration. She’s hot because she’s doing something awful.

“Part of their connection to Dylan and Eric comes from the fact of these women deal with mental health problems like depression, anxiety, and suicidal thoughts,” Cohen writes. “Young women have essentially repurposed Dylan and Eric—who lacked the fresh-faced Tiger Beat looks of your average teen heartthrob—into the crush-worthy objects of lust they never got to be while skulking around in black trench coats at Columbine High School.”

Cohen is correct, but she misses a key point: these women are attracted to right-wing extremists. As the New York Times wrote in 1999, Harris and Klebold “openly admired Adolf Hitler” and often told racist jokes. The Guardian reported that both men were bullies who targeted minorities. But like #IceBae, the far-right values that fueled Harris and Klebold are downplayed or outright dismissed by their millennial and Gen Z admirers.

“Can you imagine how cute Dylan would have been on a date, like seriously I bet he would have tried really hard and got flowers and everything, the cutie,” one fan writes, Cohen reports.

Then there’s thirst for those who committed genocide. One Quora question asks bluntly, “Who are the hottest female Nazis?”, to which a user gives a detailed response with women across the Third Reich. Spearheading the list is Auschwitz SS officer Irma Grese and the Buchenwald concentration camp’s Ilse Koch, the main inspirations for the 1970s sexploitation film Ilsa, She Wolf of the SS.  Both of these women were extremely sadistic toward female prisoners: Grese was known for sexually assaulting her inmates and sending women to their death if she believed they were more attractive than herself; Koch would use female prisoners’ skin “to make items like lampshades or book covers,” Holocaust Matters writes, and also engaged in sexual abuse.

Ilsa, She Wolf of the SS turned both women’s abusive, murderous tendencies into “Ilsa,” the beautiful, titillating SS guard who rapes male inmates before castrating them. The film contains a mixture of explicit sex and gruesome torture scenes, making light of the Holocaust in the process. But hey, Nazi women are hot, right?

“In addition to the gore, there is a large amount of nudity and sex as Ilsa enjoys having her way with male prisoners before castrating them for unsatisfactory performance. Talk about a tough grader!” one Amazon reviewer writes, praising Ilsa. “Nevertheless, [lead actress] Dyanne Thorne is gorgeous, and gives an over-the-top, goose-stepping, Heil-Hitlering performance. She steals every scene she is in, whether she is [being with] a male prisoner, watching her two guards do the same, or torturing the female prisoners.”

There are nuances in the uniforms and hats that play out our complex desires. But it’s one thing to debate fetishizing the fascist aesthetic, and another to thirst over real female rapists who committed some of the worst crimes against humanity in our species’ history. When actual, morally reprehensible people are involved in your thirst posts, you are making a conscious decision to turn a blind eye to the immoral systems they hold up because you long for their bodies. You’ve chosen sex over justice.