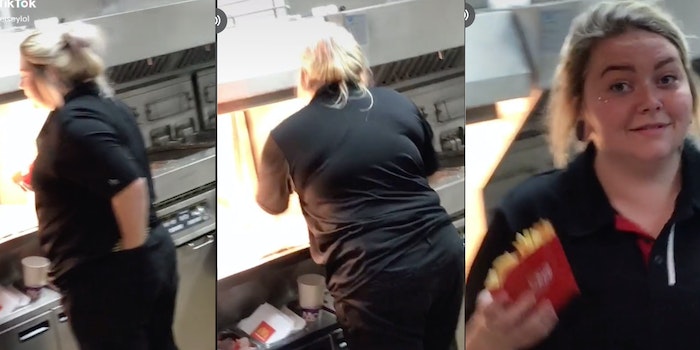 Viewers are labeling the clip, 'McNasty.'

A now-viral TikTok video shows a McDonald’s employee sticking her hand down her pants before scooping up French fries.