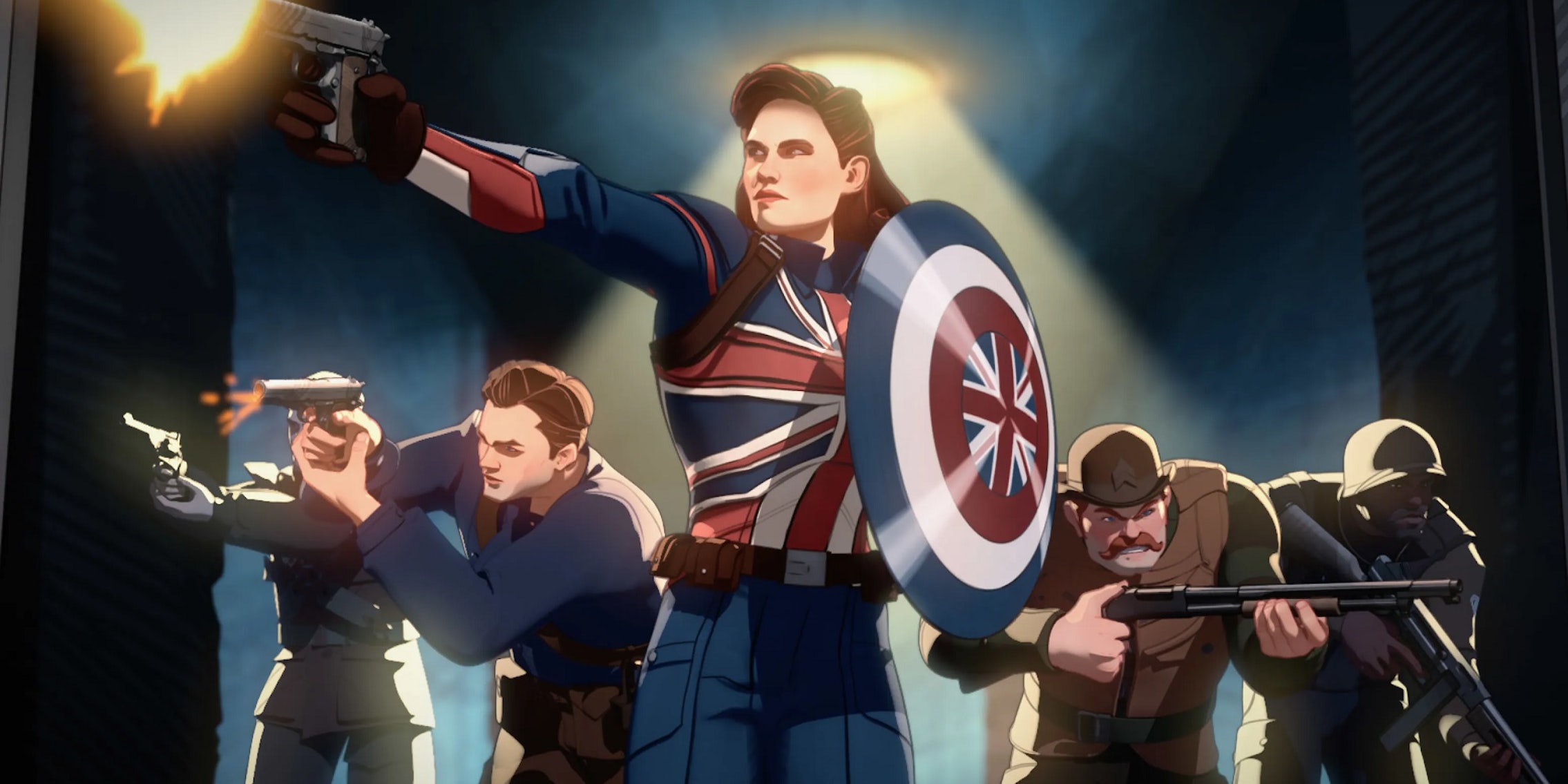 Marvel’s ‘What If…?’ delivers fun, bite-size detours from MCU canon

Marvel‘s What If…? is a refreshing change from recent MCU products, avoiding a key problem suffered by the live-action Disney+ shows. Since every What If..? episode is a standalone 30-minute story, it’s impossible for the plot to meander, or for the ending to feel like a letdown. This animated series provides simple, bite-size entertainment, with a satisfying format that allows fan-favorite characters to return in unexpected ways. (This review is spoiler-free.)

RELEASE DATE: Aug. 11, 2020
CREATOR: A.C. Bradley
STREAMING: Disney+
This animated anthology series explores one-off stories from the Marvel multiverse, offering intriguing glimpses at alternative timelines to the MCU. The format is simple and fun, featuring an all-star voice cast of MCU actors… although the show would benefit from some more adventurous storytelling and animation choices.

Each episode introduces a different branching timeline in the Marvel multiverse, beginning with a WWII story where Agent Peggy Carter took the supersoldier serum instead of Steve Rogers. Episode 2 is “What if T’Challa replaced Peter Quill in Guardians of the Galaxy?” (Chadwick Boseman’s final MCU role), while episode 3 reboots the Avengers team origin story. Featuring an all-star voice cast, the show feels like a “real” part of the MCU without having any impact on franchise continuity. A welcome concept, because recent spinoffs like WandaVision and Loki got way too bogged down in MCU continuity.

The voice cast is a bit of a mixed blessing, however. By using actors like Samuel L. Jackson and Tom Hiddleston, What If gains a sense of prestige and authenticity. But voice acting is a specialist skill, and some live-action performers just don’t have it. In his supporting role as Bucky Barnes in the Peggy Carter episode, Sebastian Stan (a wonderful presence in the movies) sounds downright wooden. And Dominic Cooper’s American accent (playing Howard Stark) is notably unconvincing. Other stars like Karen Gillan (Nebula) and Clark Gregg (Agent Coulson) are better suited to the task, but when the show does sub in a non-famous voice actor (ie. replacing Chris Evans and Scarlett Johansson), it doesn’t remotely detract from the experience. The use of big-screen stars is more of a branding exercise than anything to do with talent.

Created by writer A.C. Bradley (Trollhunters: Tales of Arcadia) and director Bryan Andrews (a storyboard artist for numerous MCU movies), What If clearly aims to imitate the live-action movies. The characters directly resemble the actors, and the cel-shaded animation follows a quasi-realistic style, from background scenery to action choreography. Once again, this emphasizes the idea that these stories are “officially” part of the MCU—but it’s also a missed opportunity to expand the MCU’s aesthetic.

Since each episode embraces a different tone and setting, the showrunners could have explored different art styles like we see in the comics. But the MCU has always been very visually conservative. There’s no sign of the vibrancy we saw in Sony’s Spider-Man: Into the Spider-Verse, avoiding artistic risks in favor of a visual language that sticks close to the style of the movies.

With live-action shows like The Falcon and the Winter Soldier, Marvel invited us to overthink something that didn’t live up to such deep analysis. With What if, Marvel invites us to enjoy something simple and fun. It’s disposable entertainment. And in the context of the MCU’s “you have to watch this to understand what happens next” attitude, that disposability feels like a feature, not a bug. In the same vein as anthology shows like The Twilight Zone, there will be some great episodes of What If, and some forgettable ones. In the three stories shared with critics, I found episode 3 (the Avengers one) kind of pointless, while the previous two offered more to chew on. The charisma of characters like T’Challa and Peggy Carter easily carries over to these standalone adventures, and the alternate-universe concept holds a similar appeal to fanfiction, relying on the audience’s existing attachment to the franchise.

What If‘s loosey-goosey attitude to canon is the MCU’s first major foray into multiverse storytelling, an idea that reached a wider audience in Loki earlier this year. These early episodes are all firmly rooted in familiar moments from MCU movie canon, and there are plans to revisit Agent Carter’s universe in future seasons. It offers an easy access point for casual fans of the movies, but I do hope that later episodes Get Weird. The format allows infinite room to explore bold and silly ideas with no narrative consequences, so why not push things a little further?