Agent Carter‘s second season sees Peggy Carter and her sidekick, Jarvis, move to Hollywood, a fitting transition after season one wrapped up its focus on postwar grief and workplace sexism. Now the weather is sunny, the costumes are colorful, and Jarvis shares a B-plot with a misbehaving flamingo.

The new antagonists are typical comicbook fare, a rich industrialist and a vintage Marvel supervillain (Whitney Frost, AKA Madame Masque) with plans to control a dangerous substance known as “zero matter.” This plotline will presumably become more interesting in later episodes, but for now Agent Carter‘s strengths lie with its charming lead characters and witty, offbeat tone.

The two-part premiere achieved the near-impossible feat of introducing a love triangle that isn’t totally annoying. Last year the show wisely steered clear of romance storylines, focusing on Peggy moving on after the death of Steve Rogers. She shared a brief moment with Agent Sousa, but in the six months since he moved to L.A., he’s acquired a girlfriend named Violet—and Peggy has instant chemistry with a dashing scientist named Jason Wilkes. (So really, it’s more of a love quadrangle.)

Violet’s introduction reminded us of an excellent quality that Agent Carter shares with Supergirl: It painstakingly avoids setting up unnecessary rivalries between female characters. Violet seems sweet and kind-hearted, and she and Peggy become fast friends—just like Peggy and Ana Jarvis, who is cheerfully sanguine about her husband spending all his time as Peggy’s sidekick. Even the villainous Russian agent Dottie Underwood finds Peggy captivating, gazing raptly at her during their interrogation scenes.

This influx of women—Dottie, Violet, Ana, Whitney Frost, Rose the SSA receptionist—is an improvement on season one, when Peggy was surrounded by an interchangeable crowd of male SSA agents. The lack of female supporting characters was a common bugaboo among Agent Carter fans, along with the more serious criticism that the entire cast was white. Judging by the new season premiere, it looks like the showrunners have taken this into account.

After a full season where he was basically the only man who respected Peggy as an equal, Sousa was a hard act to follow. Luckily, Peggy’s new love interest is charismatic enough to make us root for him after only two episodes. While Sousa’s feelings remain unresolved (which is unfortunate for poor Violet), the first appearance of Wilkes fits perfectly with Peggy’s new lease on life: “Do you want to be thunderstruck?”

As Hayley Atwell mentioned in a recent interview, Wilkes is absolutely Peggy’s type. He, Sousa, and Steve Rogers are all underdogs—a black man working as a scientist in the ’40s, a wounded war veteran, and a superhero who used to be a skinny invalid. Wilkes’ backstory and motivations are actually more compelling than the main plot of the episode, which casts zero matter as a classic Marvel maguffin. 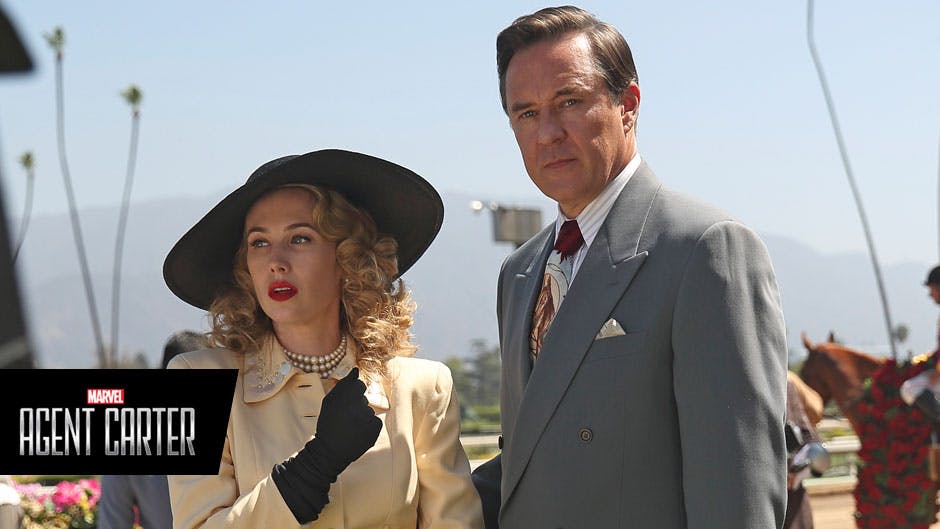 Zero matter is this season’s main connection to the rest of the Marvel franchise, hinting at the proto-HYDRA organization uncovered in Agents of S.H.I.E.L.D. The substance itself—known as “darkforce” in the comics—is linked to Doctor Strange, but you don’t need to be a Marvel expert to guess what happened to Wilkes and Frost at the end of episode two.

Exposure to a mysterious extraterrestrial substance is prime origin story material, sending Frost on her way to become the supervillain Madame Masque. Wilkes’ fate is harder to predict, but we doubt that he’ll go a similar route. When the good-hearted Steve Rogers went through the same process that turned Nazi officer Johann Smidt into the Red Skull, he became Captain America—and Wilkes is definitely more of a Rogers than a Schmidt.

Agent Carter remains one of Marvel’s strongest TV properties, although it will probably always be a niche show. Despite the excellent lead cast and the originality of the 1940s setting, many people can’t seem to get onboard with a series that combines vintage sc-fi capers, sincere social commentary about sexism and racism, and slapstick comedy. Too bad for them; they’re missing out.