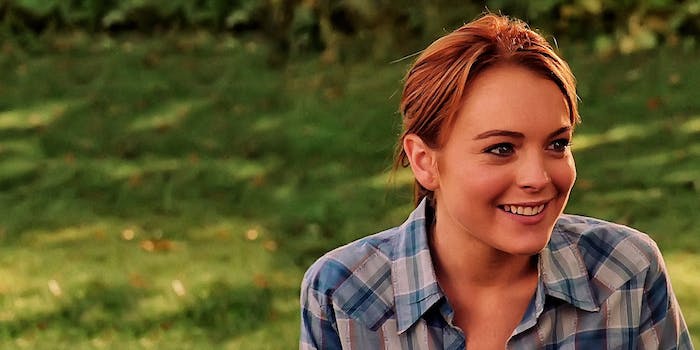 It's her first major role in several years.

Joining recent holiday hits like the Christmas Prince franchise, the untitled rom-com will star Lohan as as “a newly engaged and spoiled hotel heiress” who loses her memory in a skiing accident, and “finds herself in the care of a handsome, blue-collar lodge owner and his precocious daughter.” So, a pretty standard made-for-TV rom-com premise combining zany coincidences with a heartwarming love story.

After rising to fame as a child actor and starring in beloved mid-2000s teen movies like Mean Girls and Freaky Friday, Lohan’s career faltered in the midst of substance abuse issues and legal problems. She’s continued to find occasional film and TV roles over the past 10 years, but a Netflix rom-com could be the mainstream comeback that fans have been waiting for.

Since holiday B-movies are intentionally formulaic, they often rely on a specific kind of star power to grab people’s attention. And in that regard, Lohan is a perfect choice. Netflix loves to tap into millennial nostalgia when casting rom-coms, hiring actors like Vanessa Hudgens and Emma Roberts. With Lohan, the film could be about basically anything and a generation of Mean Girls fans will happily tune in to see how she’s doing.