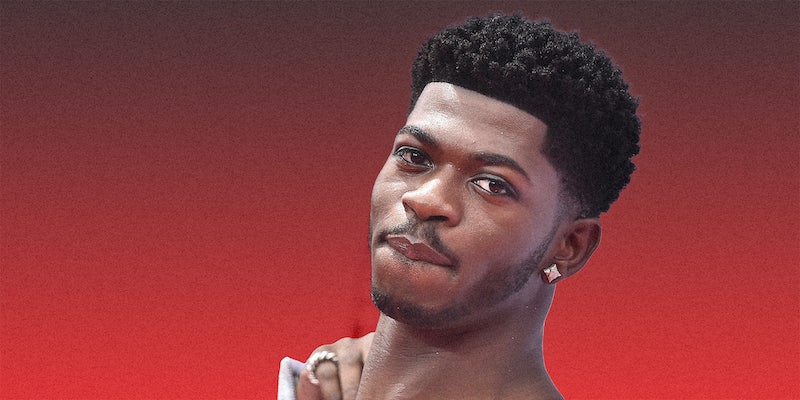 Why is everyone writing ‘nah he tweakin’ on Instagram comments?

We’ve seen our fair share of emoji overtaking tweet replies or a comments section, but a combination of a blood-infused skateboard and a well-placed comment from Lil Nas X resulted in a full-on Instagram comments takeover.

Earlier this week, legendary skateboarder Tony Hawk unveiled a limited edition of 100 skateboard decks that were painted with his own blood, a result of mixing vials of Hawk’s own blood with red paint.

“Apparently I didn’t read the fine print and now Liquid Death officially owns my soul, and my blood, too?” Hawk explained in a video explaining the process to people. “I don’t know, it’s very confusing. They’re taking my blood, and they’re gonna use it for skateboard graphics.”

Retailing for $500, the skateboards (which also included a certificate of authenticity) are already sold out.

Hawk isn’t the first person to sell a protect infused with blood, but it didn’t take long for some to compare the reaction to Hawk doing it to when Lil Nas X released limited-edition Satan Shoes, a collaboration between the rapper and MSCHF that involved customizing Nike Air Max 97s back in March. Those shoes included a drop of human blood alongside red ink in the shoe’s air bubble sole, a bronze pentagram, and cited Luke 10:18, which reads, “I saw Satan fall like lightning from heaven.”

Lil Nas X’s shoes were met with outrage from conservatives, many of whom were already targeting him for the “Montero (Call Me By Your Name)” music video because it featured Lil Nas X pole dancing down to Hell to give Satan a lapdance. Nike, which originally distanced itself from Satan Shoes, sued MSCHF for trademark infringement; they eventually settled, resulting in the shoes being recalled

With Hawk’s skateboards going more or less over with indifference, Lil Nas X pointed out that the outrage over his shoes was never about the blood.

“now that tony hawk has released skateboards with his blood painted on them, and there was no public outrage, are y’all ready to admit y’all were never actually upset over the blood in the shoes?” he tweeted. “and maybe u were mad for some other reason?”

On Instagram, @rap posted about Hawk’s skateboard and asked its followers what they thought about it, and Lil Nas X offered his thoughts.

Soon enough, Instagram comments sections everywhere were blasted with “nah he tweakin” no matter the context of the post and it didn’t take long for sports teams to hop on it. @rap even limited who could comment on its posts.

It became prevalent enough that even Instagram Comms’ addressed it along with users being unable to load comments.

Will we tire of posting “nah he tweakin” on Instagram anytime soon? It’s too early to tell, but for now, it’s bringing us all plenty of chaos.