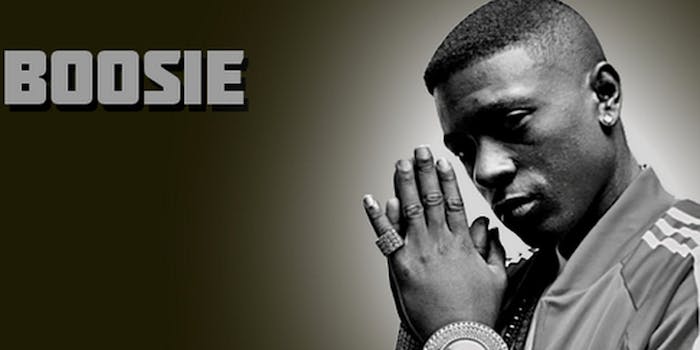 Is rapper Lil Boosie’s welcome-home “party of a lifetime” a fraud?

Promoters planning a comeback party for the hip-hop artist have been sorely mistaken about his release date.

Such a quandary came into focus recently after an early May Craigslist posting suggested that the Baton Rouge spitter, imprisoned for drug charges stemming from 2010 but best known for crafting 2004’s Gangsta Musik mixtape with fellow southern sojourner Webbie, would be released from prison just in time to show up to a May 30 Trill Entertainment throwdown held in his honor.

The listing called for “17 white females and 17 black females and 10 hispanic females in our VIP settings” and promised to be “the party of a lifetime.” But news out of Lil Boosie’s camp suggests whoever’s throwing that party may be sorely mistaken.

Last week, whoever’s currently manning Lil Boosie’s official Twitter account jumped online to say that “Boosie will not be in Houston May 30.”

“Somebody @ the promoter who false reporting,” the tweet let on. Another followed shortly after.

#JankyPromoters This shit gotta stop. This welcome home Boosie party is a fraud. Boosie does not get out May 29 RTvia.me/-c9ce6ig

Lilboosiereleasedate.com, the leading online authority on all things pertaining to Boosie’s release date, maintains that the beloved Louisiana rapper still won’t see his release date for another year, at least.