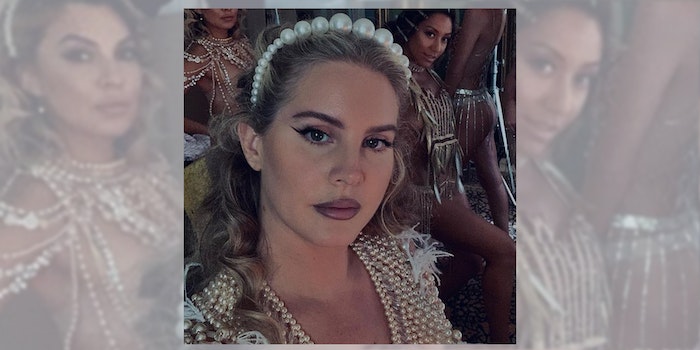 'In 11 years working I have always been extremely inclusive without even trying to.'

Lana Del Rey raised eyebrows Sunday when she shared the artwork for her forthcoming album, Chemtrails over the Country Club, on Instagram along with a lengthy comment in which she boasted about being “extremely inclusive” and dating rappers.