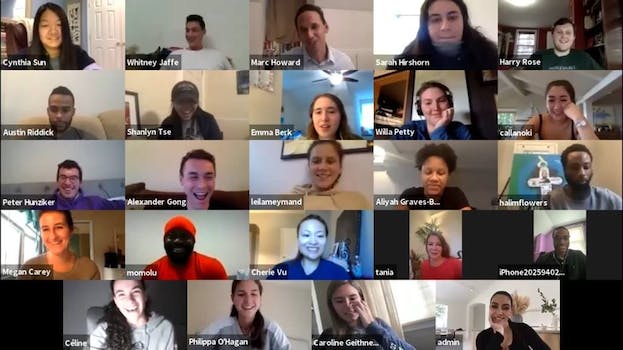 “I can’t wait for you guys to see it,” Kardashian said to the students. “I really hope that it just sheds a different light on so many different situations.”

Celebrity Zoom appearances are causing causing some influencers to jump on the trend.

YouTuber James Charles tweeted on March 30 that he wanted to join his followers’ Zoom classes and received mixed reactions in the comments.

Some people dropped direct links to their Zoom classes, but others warned Charles that this behavior would serve as a “distraction” and an “interruption” to an already difficult learning environment.

Some universities have adjusted their policies to address the increase in “Zoom bombings.”

After racist trolls intruded a Zoom meeting on Monday, University of Texas at Austin President Greg Fenves said he is “working to improve security across all of our digital platforms to make sure they are used exclusively by members of the UT community.”

On March 30, the FBI published a statement encouraging individuals to make Zoom meetings private by not sharing links on social media and requiring passwords for meeting entries.

Still, students are still begging celebrities to join their classes.