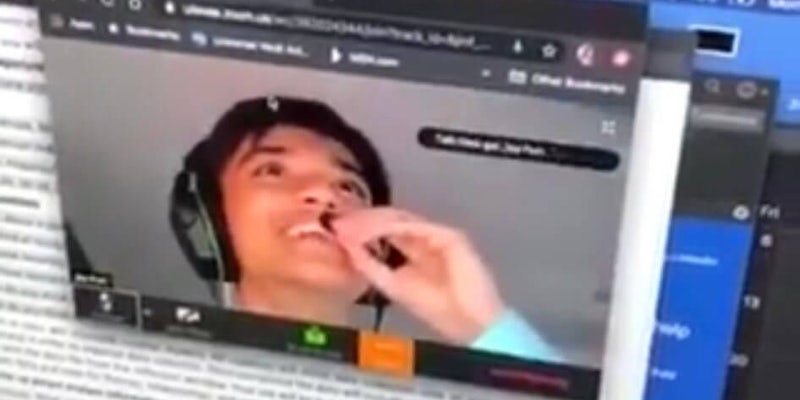 The trolls hurled racist slurs during a Black student meeting.

The University of Texas at Austin is investigating a racist “Zoom bombing” after two individuals entered a virtual meeting on Monday and yelled racist slurs at Black students, faculty, and staff.

The Heman Sweatt Center for Black Males is a program that provides an “interconnected array of programs and services” to Black male students at the university.

Ahead of the meeting on Monday, the group posted the link to its virtual meeting space on Twitter. Two unknown individuals apparently used the link to enter the meeting under false names and called members of the organization racist slurs.

A video shared to Twitter that has since been deleted showed the individuals using the N-word as the meeting’s organizer tried to shut it down.

Questions of privacy and functionality have increased about Zoom as universities and employers increasingly rely on the cloud meeting app during coronavirus-related quarantines. The University of Texas is holding all of its classes online for the remainder of the spring semester.

The Heman Sweatt Center for Black Males said in the future, meeting links will be shared through email or messaging app GroupMe.

The director of the program, Ryan Sutton, sent an email to students impacted by the intrusion, encouraging them to process their emotions. Sutton did not immediately respond to the Daily Dot’s request for comment.

Some students tweeted that they were hurt by the situation, while others called on Fenves and university officials to take action.

The student who first posted the video on Twitter encouraged followers to share the video to find the intruders.

Update 5:11pm CT, March 31: The student who initially shared the video of the incident on Twitter told the Daily Dot he was in the virtual meeting with around 30 others when the “Zoom bombing” occurred.

“This is real life, and I don’t want to put a bad wrap on UT because we have no idea who [the attackers] were,” the student told the Daily Dot.

The student added that it seemed to be an isolated incident and that he’s “not worried” about it happening again.

Correction: The Heman Sweatt Center for Black Males meeting was held on Monday.