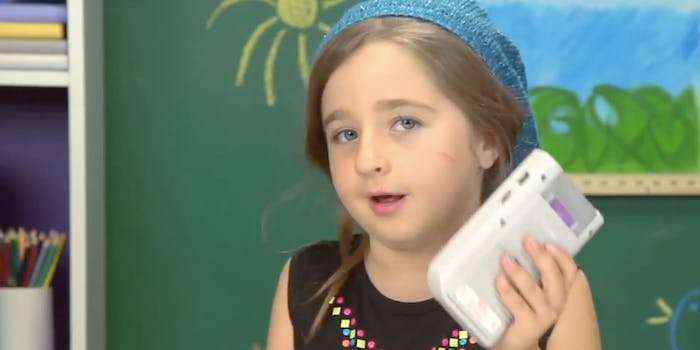 The iPad generation has harsh reviews for the Game Boy

"In a split-second I'd throw this in the trash."

Here’s a major milestone in the Fine Brothers’ quest to make those of us born in the 1980s feel ancient and decrepit: a “kids react” video starring that once-essential gray brick, the Game Boy.

Complaints about the device, which sold 64 million units, range from the screen’s monochrome palette to the absence of apps to the inconvenience of having to press actual buttons to accomplish anything. “I kind of feel bad for the people in the past,” a young man comments in what has to be the understatement of the century. We burned through all those batteries for this?

It’s impossible to deny that technology has improved by leaps and bounds over the past couple decades, but all the same, if I got ahold of this vintage model and a Super Mario Land cartridge, that would be the last you heard from me for weeks. My palms feel clammy already!