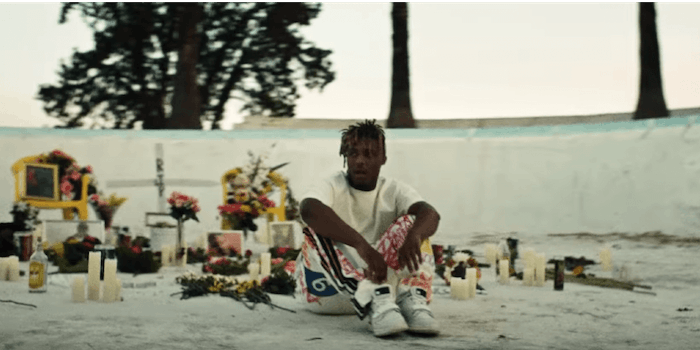 TikTok users are freaking out about ‘predicting’ Juice WRLD’s death

TikTok users posted fake seizure videos to his song over a month ago.

Before rapper Juice WRLD died after an apparent seizure, his fans had faked seizures to his song “Lucid Dreams” as part of a challenge on TikTok, a popular video-sharing platform.

The 21-year-old rapper died on Sunday after reportedly having a seizure at Chicago’s Midway airport. Since then, TikTok users are freaking out that they may have “predicted” Juice WRLD’s death.

The fake seizure video challenge, or the #luciddreamchallenge, took off in November. Most of the videos show teens dancing and then spitting out water while they have fake seizures.

Most of the videos are just a couple weeks old, prompting TikTok users to question whether they anticipated the up-and-coming rapper’s death.

“You’ve all predicted Juice WRLD’s death … look at the news,” TikTok user @colbyjanex commented on a fake seizure video posted about a month ago.

When the fake seizure videos started to become popular in November, some TikTok users criticized the trend, saying epilepsy wasn’t something to joke about. But since Juice WRLD’s death, people have flooded the comment sections of the videos either asking the teens to take down the videos or sharing their shock that the rapper actually died after a seizure.

“This isn’t a joke anymore,” TikTok user @jozlynanderson20 wrote on a fake seizure video posted over a month ago.

There are nearly 3 million views on the videos participating in the challenge. Officials are still unsure about what caused Juice WRLD’s death.