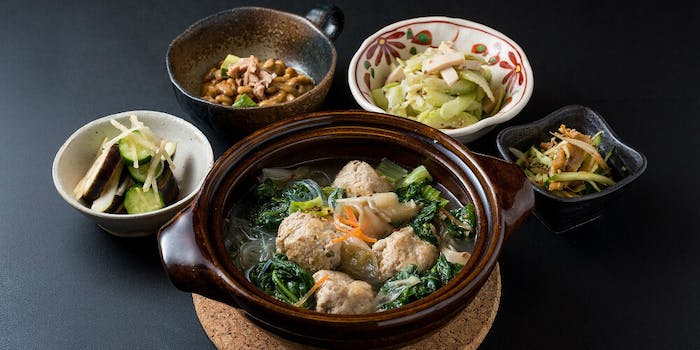 Man learns girlfriend’s culture, decides he’s ‘better’ at it than her

'Sounds like a racist fetishist who you should leave immediately before he embarrasses you and offends your family anymore.'

A Japanese 23-year-old redditor turned to the relationships subreddit with a problem: Her boyfriend of three years has taken an interest in her culture (not a problem) and decided that he’s “better” at it than her (OK, problem).

The woman explains that her 28-year-old boyfriend has only been learning her “native tongue” for three months, through an app. She says that he has an OK pronunciation and grasp of the language, as he is a beginner. But, she says, that is not where the problem lies.

The redditor says she spent her childhood and young teen years in her “home country.”

“He thinks that my grasp of my language has deteriorated and that he knows how to pronounce words much better than I do,” she wrote. “He has started to interrupt my phone calls with friends and family saying that I have mispronounced a word and I should be saying it the way that he is correct instead.”

The man is not only trying to correct his girlfriend but her family as well. “He also has started to tell my parents to their faces that their pronunciation is wrong,” she wrote.

He has also taken an interest in Japanese cuisine, and, subsequently, an interest in correcting the way the redditor and her family make their dishes.

“Different families have different takes on ‘authentic’ dishes, right? Well, not according to him,” she wrote. “He has told me that a dish I was making for myself was wrong. He has told my mother that her take on a certain dish was OK but not great because it was missing what he considered to be the true version of something.”

Her parents–who have been “nothing but accepting of him”–are understandably perturbed. “Ever since he has started to trying to ‘help’ my family, friends, and I ‘relearn’ the language with him, my parents refuse to speak with him until he apologizes for being disrespectful to them and to me. I don’t think my mum is fully over the food incident either,” she wrote.

She says she is considering breaking up with him over this because it’s a “dealbreaker” for her.

The redditor clarified in the comments that her boyfriend loves Japanese media and has always found the culture “interesting.” When a commenter asked if her boyfriend was a weeaboo–a white person with a Japanese culture fetish–she said she was unsure.

My boyfriend (28M) has decided to learn my (23F) native language. He has decided he is better than me and wants me to relearn it and refuses to drop it. Please help. pic.twitter.com/WWCna7nHI9

Redditors believe the boyfriend is a “full asshole” and that the woman should just break up with him. “Dump him and save yourself. This is the first of many red flags,” one replied, with another calling the boyfriend a “racist fetishist.”

Others didn’t directly jump on the “dump him” train, instead offering her advice on how to best discuss the situation with him.

“It’s time for a Talk. Specifically, that you appreciate that he’s trying to learn more, but that it is completely disrespectful and inappropriate that he is trying to talk down to you and your family about things that he is new to, and that if it doesn’t stop you will have to end the relationship because you will not subject yourself or your family to this,” one redditor wrote.

In her original post, the redditor didn’t say what her culture was. Upon reading her post, people–especially of Japanese descent–were quick to figure it out and also quick to dub him a weeaboo. “For non-Japanese it takes a few seconds more, but by the “huge fan of media” suspicion becomes certainty,” one Twitter user wrote.

As a person of Japanese descent it took approximately 0.04 seconds to figure out exactly what culture was being discussed.

This post is the most exhausting thing I've ever read.

For non-Japanese it takes a few seconds more, but by the "huge fan of media" suspicion becomes certainty.

When two social media platforms are telling you to dump a guy, you know he’s probably a lost cause.