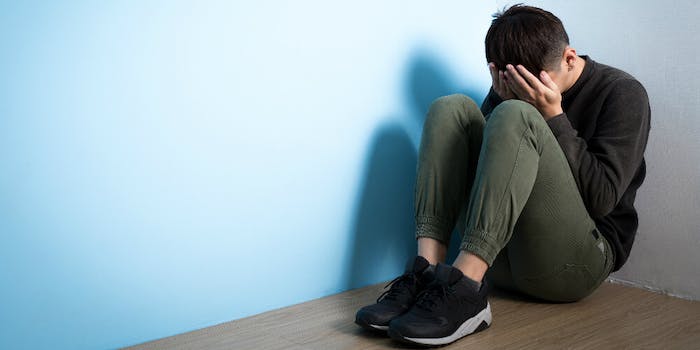 Grown man gets grounded by his father-in-law

'Many will say this post is fake and I really wish it was.'

A redditor, who is in his 30s, turned to the relationship advice subreddit after he got grounded by his father-in-law.

It all started at the dinner table. He and his wife were eating dinner with her parents–who they were visiting on vacation–when his phone rang. “I had to take a phone call and I excused myself from the table,” he wrote.

When he returned to the table, his food was no longer there. His in-laws told him to go to his room and stay there for 24 hours, without dinner “as I was being insubordinate in interrupting dinner.”

“My wife tells me I should accept this to keep the peace. I don’t want to. Am I being unreasonable? Should I accept this punishment? … what should I do to end this?” the New Jersey native asked his fellow redditors.

He was accessing Reddit through his phone’s cellular data because his in-laws turned the WiFi off as part of his punishment. His sister-in-law was almost punished as well after she was caught sneaking food to him.

“Many will say this post is fake and I really wish it was,” he wrote.

Got grounded by my father in law. Do I have to accept it? from relationship_advice

Redditors are stunned by the in-laws’ audacity to ground a full-grown man, who isn’t even their kid.

“I can’t believe you are actually asking this question. Or your wife says you should accept it. This is extremely abnormal behaviour on your FILs behalf. Just leave,” one wrote in response.

Some are speculating that the redditor’s wife has most likely been subjected to this kind of “abusive” behavior in the past.

“It probably was the first time for him to experience that, but for the wife it’s likely that she was experiencing craziness from her parent since childhood, and she may not even realize how batshit crazy the situation is, so when it happened to her husband she thought they should solve this the same way she was ‘solving’ it since her childhood by folding to her parent’s demands, it may be enough to just open her eyes how fucked up the situation is by talking to her,” one wrote.

Redditors are giving him advice on how to handle the grounding, with some suggesting he leave his wife.

“As soon as they brought up grounding, the best response would’ve been to laugh, then leave to get food somewhere else & absolutely not go back. If the wife thinks that shit’s okay, she can stay with them, she’s obviously got some issues with letting people walk on her & needs to grow up (just like her terrible parents),” one suggested.

The redditor later posted an update, claiming to have received an “overwhelming response,” ranging from “constructive” comments to one person even threatening to decapitate him.

“Through my punishment, I realized learned my lesson. I talked things through with my wife and in-laws and we agreed that I was way out of line in interrupting dinner. We agreed that I will take steps to be a better boy and improve my behaviour,” he wrote in his update.