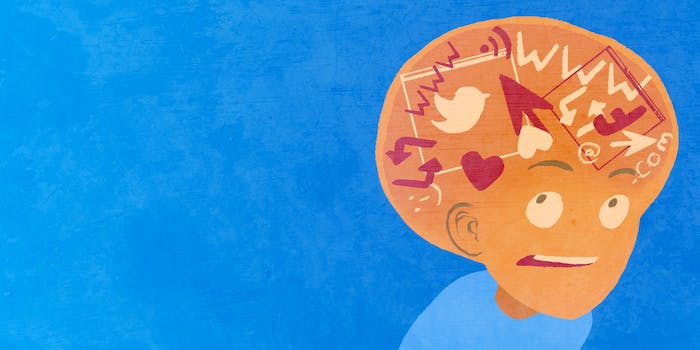 The struggle against Internet overload is real

Just how much is too much?

We live in a world where so much data is being created, and where most people are connected to this constant stream of data via their phone and/or computer that not only does it become all consuming, but also almost unavoidable. Frankly, when people are looking for an escape from the Internet, they usually search the Internet for answers.

And while the Internet remains a value-neutral enterprise, the speed of its expansion should be the greatest cause of concern for the average person. The sheer speed and natural invasiveness of the Internet makes it nearly inescapable. Human beings on average spend more than 8 hours (490 minutes to be exact) a day on the Internet. That is more than the amount of recommended sleep and more than half of our waking day, and it is expected that we will spend even more time in the coming years. As we consume more, we naturally feel a yearning desire to escape more. But we are also increasingly less equipped to do so because of our growing dependence on the Internet.

The philosopher Alain de Botton describes the paralyzing expanses of the Internet as “overwhelming and asphyxiating.”

Frankly, when people are looking for an escape from the Internet, they usually search the Internet for answers.

Author and journalist Nicholas Carr reminds, warns and encourages us that our brains are elastic and can easily adapt to its surroundings, yet adaptivity does not necessarily mean positive changes. The brain is also a value-neutral enterprise. It can adapt to become more forgetful and have a shorter attention span, if the information it receives inclines it to act that way. There is no inherent moral compass in your brain that makes it naturally more predisposed to organize itself in a “positive” manner. It merely seeks to find the most efficient method for addressing the tasks it confronts. If that task is digesting large sums of information from your computer and/or phone, your brain will allocate more resources here and less resources towards analyzing and remembering the information, or towards interacting with the rest of the world.

In Carr’s book, The Shallows: How The Internet Is Changing Our Brains, he writes: “Once I was a scuba diver in the sea of words. Now I zip along the surface like a guy on a Jet Ski.”

The constant bombardment of new data is making it harder to take that deep dive into a long story, and as a result people are becoming less contemplative and analytical. The focus has shifted towards increasing the brain’s ability to consume so to keep up with the unceasing rapidity of data production on the Web. A person’s fear of being left behind because he failed to consume enough data may start to outweigh the need to understand exactly why you are consuming this data in the first place.

It is easy to get lost within this sea of data, but the modern Internet-based ocean is more like a galaxial sized body of water that is ever-expanding and most of its contents are unknown.

And while the size, scope and ever expanding nature of the Internet may make it seem overwhelming, the value-neutrality of the Internet, and our brains, can actually chart a sensible path or equilibrium through the chaos. Value-neutrality means that it is not inherently positive or negative. It is what you make of it and what you make it into. There is no inherent benefit towards reading 10 articles instead of reading one article.

For example, This.cm, a new social media startup, only allows its users to post one item a day. It provides a decluttered and organically curated iteration of the Internet, and many of the posts emphasize long-form storytelling. This.cm also produces an email newsletter that presents the top five posts of the day—an additional decluttering.

Arguably, you could describe them as the anti-Facebook, but not the anti-Internet. It just focuses of the quiet, secluded, solitudinous segment of cyberspace that encourages devoting yourself to one thing at a time and not being afraid to turn off your computer every now and then.

Taking a break from the constant bombardment of data is a necessary step to prevent our brains from becoming adapted primarily to cyberspace instead of the physical world.

The sense of being overwhelmed by the frenetic, regenerative and ever-expanding interconnected web of cyber data is actually a welcomed breath of—or gasping for—fresh air to stave off drowning within the galaxial sea of the Internet. Taking a break from the constant bombardment of data is a necessary step to prevent our brains from becoming adapted primarily to cyberspace instead of the physical world.

Sure, the anxiety of falling behind and missing something may consume you as you focus on reading a book, taking a walk, or simply staring into space, but that anxiety only stems from a false assumption that you could actually keep up with something that is far greater than most people had imagined.

The Internet is unavoidable and it plays a vital role in our day-to-day, but we have more control than we probably imagined over how we choose to let the Internet govern our lives.