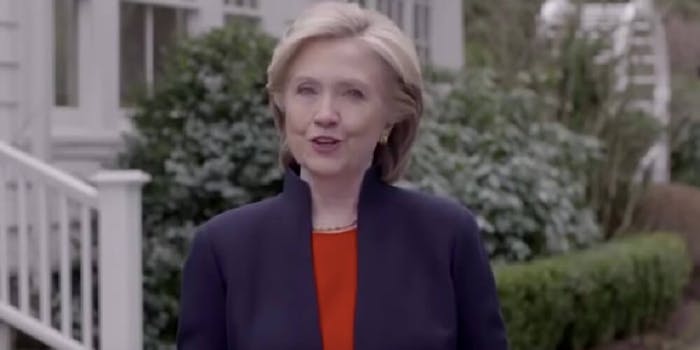 This woman said Hillary Clinton losing the 2016 election gave her PTSD, and people are furious

'You do not have PTSD because of an election. Get a grip.'

When sharing her thoughts on why women are cautious to publicly support Elizabeth Warren, a woman said that Hillary Clinton losing the 2016 election gave people post-traumatic stress disorder (PTSD), and the internet is mad about the statement.

“A lot of us saw our hopes for a strong, competent woman president dashed in 2016 and we still have PTSD,” tweeted Sayu Bhojwani, founder of New American Leaders, an organization that encourages first- and second-generation Americans to vote. “We had our hearts broken in 2016 & are scared of another heartbreak.”

Bhojwani was trying to encourage followers who may privately support Warren to be more vocal.

The internet immediately was in an uproar over her “PTSD” comments.

“You do not have PTSD because of an election. Get a grip,” Twitter user @detachment_red wrote.

Some users shared their experiences with PTSD to emphasize the seriousness of it.

Bhojwani did briefly respond to the criticism of her use of the term “PTSD.” One twitter user said using it to describe the disappointment over Clinton losing “downplays those clinically diagnosed with PTSD,” to which Bhojwani replied “fair critique.”