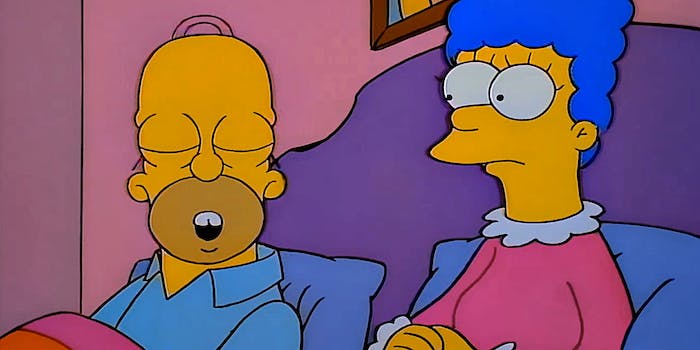 The horror of front-facing ‘Simpsons’ characters

After nearly 30 seasons, the Simpsons have certainly had their share of weird moments. Maggie shooting Mr. Burns after his plan to block out the sun certainly comes to mind, as does every single Treehouse of Horrors episode.

But nothing seems to freak out Simpsons fans more than when a character directly faces the viewers. You would think it’s the kind of thing that happens all the time, but the characters are almost always shown from at least a slight angle.

So is a front-facing Simpsons character really as disconcerting as people are making it out to be? Decide for yourself:

I’ve always loved this scene. They held it for an extra long pause. The animators are definitely in on this joke. pic.twitter.com/2t36EliqX3

Some people found this rule also applied to the Disney Channel’s Phineas and Ferb.

On the other hand, a Powerpuff girl should never be drawn from the side.

Powerpuffs aside, in general, most cartoon characters tend to be drawn from a side, or three-quarter view. For whatever reason, it just looks more natural.

If you need want more jarring photos of Simpsons facing the front, there is a whole Tumblr account dedicated to it. Sweet dreams.