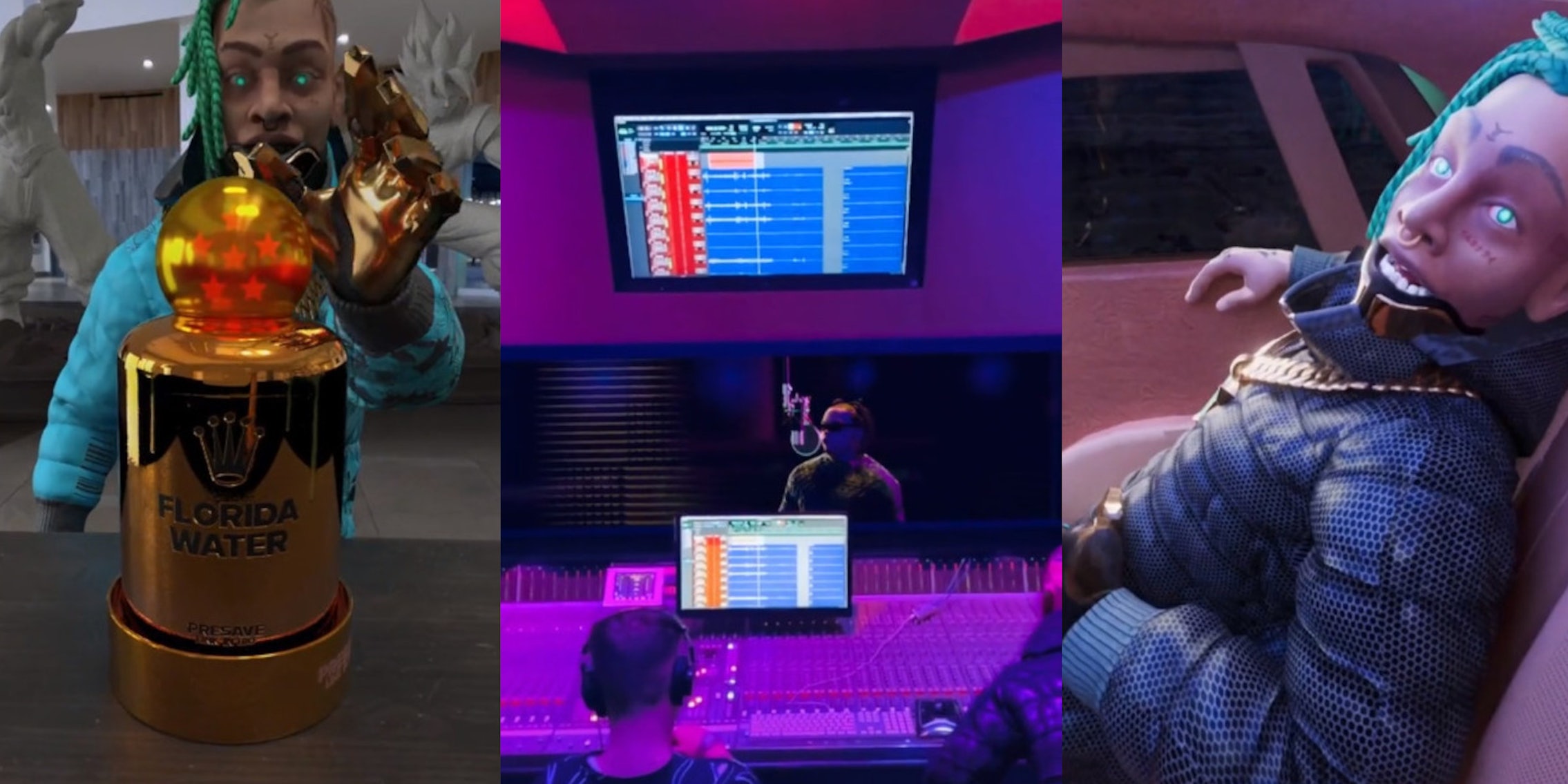 ‘This what they think of y’all’: A.I. rapper FN Meka accused of digital blackface

'They took the talent and put in a robot.'

Ten days after signing the AI rapper/TikTok star FN Meka, Capitol Music Group has severed ties with his creative team. This decision came in response to accusations of racist stereotyping, with FN Meka—a fictional character like Hatsune Miku—being described as a new form of digital blackface.

FN Meka was launched by the virtual record label Factory New in 2019, with Anthony Martini and Brandon Le credited as his co-creators. Neither of these men are Black, and while Martini clarified to the New York Times that FN Meka is voiced by an anonymous Black performer, the character faced criticism for using the N-word. FN Meka’s detractors also called out a controversial Instagram post where the character is “arrested” and beaten by police.

One of the chief criticisms aimed at FN Meka is that he acts as a potential replacement for real human artists; a Black mannequin whose entire persona and output can be controlled and monetized by record labels. And while Martini emphasized that FN Meka was voiced by a Black rapper, this vocalist doesn’t seem to have input on the lyrics he performs.

In an interview last year, Martini said FN Meka’s lyrics were generated by a “proprietary AI” that “analyzes certain popular songs of a specified genre and generates recommendations for the various elements of song construction.” He added that they were developing a way to create computer-generated vocals. So the goal was for FN Meka to move forward without the need for a voice actor—and the character’s lyrics (which include racial slurs) were created by scraping the legacy of real Black artists.

In a statement to the Times, Capitol said, “We offer our deepest apologies to the Black community for our insensitivity in signing this project without asking enough questions about equity and the creative process behind it.”

The company also thanked “those who have reached out” with criticism about FN Meka, likely referring to the activist organization Industry Blackout. This anti-racist group posted an open letter describing FN Meka as “an amalgamation of gross stereotypes” and “a careless abomination and disrespectful to real people who face real consequences in real life,” demanding that Capitol make a public apology and that FN Meka’s creator delete all of his social media accounts. (At present, his Instagram is private-locked but his TikTok is still active.)

How Much would you Buy this ? 🙃

Anthony Martini struck back against these accusations, saying that FN Meka had a diverse creative team, and that it was “literally no different from managing a human artist.” However this explanation is pretty hard to swallow. Meka was created with a specific persona: A young Black guy who combined gamer vibes with a caricature of gangsta rap.

His TikTok account, which boasts 10.3 million followers, is a 50/50 split between product placement (NFTs, Starbucks, PlayStation) and augmented reality skits where he destroys stuff and shows off his CGI cars. Reactions have been mixed, with some users mostly baffled by the act and commenting things like “Imagine making a AI to sound like all the rap artists that’s dead. like they took the talent and put in a robot.” But others called out the implicit discrimination, observing: “Y’all rappers should be highly offended… like this what they think of y’all.”

It’s very obvious that FN Meka was created to make money, and the accusations of digital blackface were entirely predictable. The most surprising element of this situation is that Capital Music Group didn’t see this scandal coming in advance.